↓
Home » Inside Story – Joy in the Morning

One day, a Seventh-day Adventist literature evangelist showed up at our door in Botswana.

My mother was interested and bought three books by Ellen G. White: “Messages to Young People”, “The Desire of Ages”, and a King James Bible with “The Great Controversy.” Soon she started attending an Adventist church and was baptized. 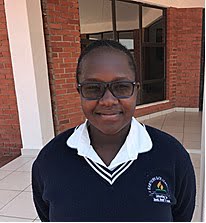 This happened when I was in the eighth grade and thinking about high school.

Mother began to pray and fast because she wanted me to go to Eastern Gate Academy, an Adventist boarding school in Francistown, about a 2 ½-hour drive from our home in Mahalapye. But my father refused. He said he didn’t have money for the tuition.

Mother didn’t lose hope and kept on praying. I prayed with her. She woke me in the early morning, and we prayed together. We also prayed in the evening.

But my father didn’t change his mind, and I entered ninth grade at a government boarding school in another city. Studying at that school was difficult. Some students used drugs and drank alcohol. The teachers didn’t seem to care whether we did our homework – just as long as our parents paid the tuition.

After two years at the school, I decided that I had had enough. I asked my father of I could transfer to the Adventist school.

That night I cried and prayed. I asked the Lord to help me because I really wanted to go to Eastern Gate Academy. I spoke with my mother, and she read Psalms 30:5, which says, “Weeping may endure for a night, but joy comes in the morning” (NKJV).

That verse gave me hope.

Two months later, as summer vacation was ending, I asked my father again if I could attend the Adventist school.

I thank the Lord! From this experience, I learned that the Lord is always listening. Everything happens according to His plan when we have faith and obey Him.

Now I am 16 years old, and this is my final year at the school. After graduating, I hope to train to become a medical doctor.

My whole family, including two older brothers and older sister, have joined the Adventist Church except my father. Please pray for him, for us, and for the school.