When Paul accepted Christ, his whole life was radically changed. Christ gave him an entirely new future. He led him out of his comfort zone to experiences he could hardly have imagined. Through the Holy Spirit’s guidance, the apostle Paul proclaimed the Word of God to thousands throughout the Mediterranean world. His witness changed the history of Christianity and the world. 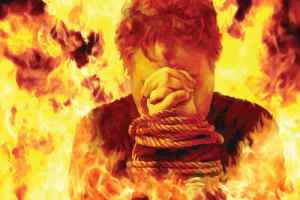 Jesus often chooses the most unlikely candidates to bear witness to His name. Think of the demoniacs, the Samaritan woman, a prostitute, a tax collector, Galilean fishermen, and now a fierce persecutor of Christianity. These were all changed by grace and then sent forth with joy in their hearts to tell the story of what Christ had done in their lives. Each never tired of telling the story. What Christ had done for them was so marvelous that they had to share it. They could not be silent.

Compare Acts 28:28-31 and 2 Timothy 4:5-8. What indications do we have in these verses that Paul never wavered from his commitment to give his entire life to Christ in soul-winning ministry?

At the end of his life, while under house arrest in Rome, Paul affirmed that “the salvation of God has been sent to the Gentiles, and they will hear it!” (Acts 28:28, NKJV). The record says that he received all who visited him and preached the Word to them ( Acts 28:30-31). At the end of his life, he urged Timothy to do the work of an evangelist, and Paul could say of himself, “I have fought the good fight, I have finished the race, I have kept the faith” (2 Timothy 4:7, NKJV).

Although our call may not be as dramatic as Paul’s, God is calling each one of us to participate with Him in His work of changing the world. It is obvious that despite all the hardship he had faced over the years (see 2 Corinthians 11:25-30), Paul stayed faithful to his calling in the Lord. The story of how this former persecutor of the followers of Jesus became the most influential and consequential advocate of the Christian faith (with the exception of Jesus) remains a powerful testimony to what the Lord can do through someone who dedicates his or her life to the work of the Lord.