↓
Home » Tuesday: Stewards of the Earth

According to the Bible’s record, the Garden of Eden and the newly created earth were places of abundance, created for life to flourish and particularly for human beings to enjoy.

But God also gave the first man and woman—and the rest of us who would come after them—a role to play in His creation. It quickly becomes obvious—and not just from His method of creation—that Adam and Eve were to have a special status in this new world. 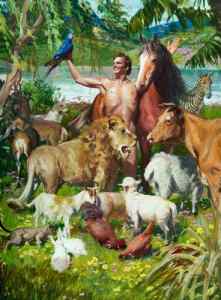 Adam was first given the job of naming the animals and birds (see Gen. 2:19). Then he was given another role, presented as a blessing from God Himself: “God blessed them and said to them, ‘Be fruitful and increase in number; fill the earth and subdue it. Rule over the fish in the sea and the birds of the air and over every living creature that moves on the ground’” (Gen. 1:28, NIV).

Read and compare Genesis 1:28 and Genesis 2:15. How would you characterize the human job description in a sentence or two?

Too often in Christian history, Genesis 1:28 has been used by some as a license to exploit, even to the point of destroying the natural world. Yes, the world obviously was created for human life, benefit, and enjoyment. But the human responsibility is to “work it and take care of it” – in the words of Genesis 2:15 (NIV).

When we talk about stewardship, our first thought is often about money, but the first command for stewardship in the Bible is to care for the earth that God has created and entrusted to us. The command to Adam and Eve also foresaw that the earth would be shared with their children and with future generations. In the original plan for the world, the created world would continue to be a source of life, goodness, and beauty for all human beings, and Adam and Eve would have a big role in taking care of it.

The earth is still the Lord’s (see Ps. 24:1), and we are still called to be stewards of all that God has given us. Perhaps we could conclude, as well, that in a fallen world our responsibility as stewards is even greater.