↓
Home » 3: The Unity of the Gospel – Discussion Starters
1. Paul’s wish. Our lesson begins with this stunning question, after extolling the value of harmony in God’s church: Should unity be preserved at the cost of truth? Do we sometimes debate issues on the basis of who agrees with us (or them) rather than on the merits of a given position?
2. The importance of unity. According to his exhortation in I Corinthians 1, what did Paul think about arguments and divisive sentiments in the church? What could have happened if Paul had not held out for unity within the fledgling church? Then what about the issue of circumcision? Didn’t that divide the early church? Are there ever 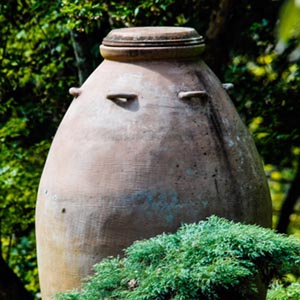 hints of criticism or condemnation of individuals and churches by members today? What benefits of Christian harmony could be frustrated today by a spirit of divisiveness?
3. Circumcision. From Paul’s words about the rite of circumcision, should we conclude that he didn’t think it wise to require circumcision of every male believer? Over the years, what happened to the ritual of circumcision that threatened its meaning? Imagine being a resident of Galatia and being told that Paul was the preacher for the Gentiles, while Peter was focusing on the Jews. How would this position affect your understanding of circumcision in the church?
4. Confrontation at Antioch. What issue caused a big uproar among the believers in Antioch? The Jewish laws and customs concerning food? The fellowship of Jewish Christians with those from a Gentile background? Imagine planning a Sabbath dinner at the Antioch church. Wouldn’t it be wise to organize seating so that Jews wouldn’t have to sit too close to Gentile Christians? Why or why not?
5. Your lesson author asks, “Why is it so easy to be a hypocrite?” How would you answer that question? Was Peter pulled into a way of thinking that encouraged hypocrisy? What is the role of culture and tradition in establishing hypocrisy in our lives? Don’t look now. But do you know any hypocrites? Are you ever even a little bit like one yourself? What is the cure? Or is there one?
6. Paul’s concern. Imagine that you are with Paul in Antioch at this time, astonished by the conflict Peter has projected on the early believers. What does Paul mean when he says to Peter, something like this: “If you’re such a wonderful Jew that you accept the ways of the Gentiles, why are you trying so hard to convince the Gentiles to live like Jews?” See if you can you carry on this discussion in your thinking.
Amen!