↓
Home » Inside Story – Adopted at a Funeral

Adopted at a Funeral 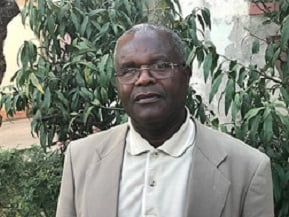 Mourners gathered for the funeral of the young mother at the Seventh-day Adventist church in Milange, a town just 2 miles (3 kilometers) from Mozambique’s border with Malawi.

The woman had died of HIV complications just five days after giving birth to a baby boy. Her HIV-positive husband, the boy’s father, had died earlier.

The wee baby bawled during the funeral.

“He was crying because there was no one to nurse him”, said Clemente Mateus Malala, a 61-year-old farmer, who attended the funeral.

Clemente spoke with the baby’s relatives after the funeral and learned that they had little money for milk and diapers. He considered buying the items but worried that the relatives might resell them, so he offered to adopt the baby.

The boy, Laston, is now 5 and the youngest of four orphans adopted by Clemente and his wife. They also have four grown biological children.

Clemente, who grows green beans and maize on his farm in rural western Mozambique, is an active church member and lay evangelist who has led 430 people to baptism over the past 13 years. But nothing has touched his heart like his four adopted children who lost their parents to HIV/AIDS.

“God has blessed me with the gift of bringing people to Him, but real happiness comes in caring for these orphans”, he said. “The adults that I lead to Christ are able to take of their physical needs, but the orphans would suffer twice without me: Their physical needs wouldn’t be met, and they might lose salvation.”

HIV/AIDS is a major challenge in Mozambique, and Clemente is among Seventh-day Adventists striving to make a difference. He adopted his first orphan, Rojerio, after seeing the 2-year-old scavenging for food at the roadside. Relatives told him that Rojerio’s parents had died and gladly handed him over when he offered to raise the boy.

Clemente adopted the other two children, both girls, in a similar way.

“The least that I can do is take a few children and feed them in my home”, Clemente said.

Clemente longs for an Adventist school where his adopted children can study in Milange.

Part of this quarter’s Thirteenth Sabbath Offering will help build such a school in his town. Thank you for your mission offering.