I was an average student in my theology classes at Solusi College in pre-independent Zimbabwe. My hardest subject was Greek, and the highest grade that I ever got was a “C”. 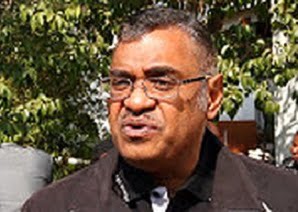 When I wrote my final Greek exam, I knew that I had failed.

“Doc, I failed again”, I said as I handed it to the professor, Dr. Leo Raunio.

For the next week, I mourned the fact that I couldn’t graduate. I had planned to get married a month later, and the notion of spending another six months redoing Greek was unthinkable.

Then Dr. Raunio, a retirement-age missionary born in Finland, called me into his office, and I understand for the first time the meaning of God’s grace.

“I’ve been watching you for four years on this campus”, Dr. Raunio said. “I’ve seen you change from a radical fellow to a hardworking young man who loves the Lord. I noticed that even the music on your tape recorder changed from rock and roll music to Christian music”.

I was surprised that he had observed something that no one else seemed to have noticed.

“You have done well on your other subjects and passed”, Dr. Raunio said. “But you have battled with Greek. I know how much this graduation means to you in three weeks. I know you have done all you could to pass your Greek exam but failed.

“Still I want to give you grace”, he said. “I know the Lord has a plan for you in the work that you are going to do. By grace, I’m going to give you a passing grade so you can graduate”.

Then he prayed for God to guide my future work.

Little did I know how far God would take me. The Lord helped me to work for 18 years as youth ministries director for the Adventist Church in Zimbabwe. After that, I served as youth director at the church division for seven years. I also received a doctorate in leadership. Every day, I pray for God’s help to extend grace to others, just as it was given to me.

God sees potential in us even in our lowest state of sin. He sees what we can accomplish once we’re filled with His Spirit. We also should stop looking at the present and to adopt God’s eyes to see the future potential in others.

Eugene Fransch, 61, is associate secretary with the Zimbabwe Union Conference based in Bulawayo, Zimbabwe. Leo Raunio died at the age of 72 in 1984, three years after Eugene’s graduation.

Part of a 2015 Thirteenth Sabbath Offering went to Solusi University to double the size of its crowded cafeteria from 500 seats to 1,000.