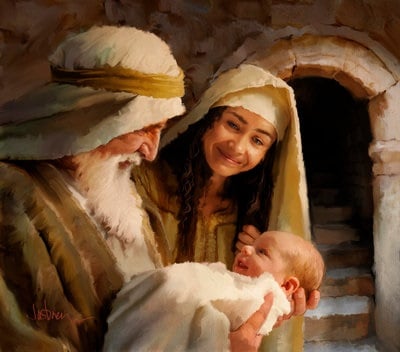 Circumcision was a fitting sign of the covenant. It was a reminder that the best-laid plans of humans can never accomplish what God has promised. Outward circumcision was to be a symbol of circumcision of the heart (Deut. 10:16, Deut. 30:6, Jer. 4:4, Rom. 2:29). It represents a stripping away of our confidence in ourselves and a faithful dependence on God instead.

During Paul’s time, however, circumcision had become a prized sign of national and religious identity — not what it was originally intended to signify. About one hundred fifty years before Jesus’ birth, some overly zealous patriots not only forced all uncircumcised Jews in Palestine to be circumcised, but they also required it of all men living in the surrounding nations who fell under their jurisdiction. Some even believed circumcision was a passport to salvation. This can be seen in ancient epigrams that confidently declare things such as, “ ‘Circumcised men do not descend into Gehenna [hell].’ ” — C. E. B. Cranfield, A Critical and Exegetical Commentary on the Epistle to the Romans (Edinburgh: T. & T. Clark Ltd., 1975), p. 172.

It would be a mistake to assume that Paul was opposed to circumcision itself. What Paul objected to was the insistence that Gentiles had to submit to circumcision. The false teachers said: “ ‘Unless you are circumcised according to the custom of Moses, you cannot be saved’ ” (Acts 15:1, NKJV). The issue, then, was not really about circumcision but about salvation. Salvation is either by faith in Christ alone, or it is something earned by human obedience.