In Galatians 3:23, Paul writes that “before faith came, we were kept under the law.” By “we” Paul is referring to the Jewish believers in the Galatian churches. They are the ones acquainted with the law, and Paul has been speaking to them in particular since Galatians 2:15. This can be seen in the contrast between the “we” in Galatians 3:23 and the “you” in Galatians 3:26 (ESV). 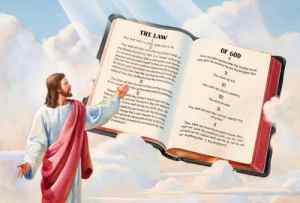 Galatians 3:23 reads, “Before faith came”; but in the literal Greek it reads, “before the faith” came. Because Paul is contrasting the place of the law before and after Christ (Gal. 3:24), “the faith” is most likely a reference to our faith and not a reference to Christian faith in general.

Paul uses the phrase “under the law” twelve times in his letters.

1. “Under the law” means under the power, or penalty, of the law (Gal. 4:21). The opponents in Galatia were trying to gain life-giving righteousness by obedience. However, as Paul has already made clear, this is impossible (Gal. 3:21-22) because without Christ we are unable to obey the Law. Paul later will even point out that, by desiring to be under the law, the Galatians were really rejecting Christ Gal. 5:2-4).

2. “Under the law” includes being under its condemnation (Rom. 6:14-15). Because the law cannot atone for sin, the violation of its demands ultimately results in condemnation. This is the condition in which all human beings find themselves. The law acts as a prison warden, locking up all who have violated it and brought upon themselves the sentence of death. As we will see in tomorrow’s study, the use of the word guard (Gal. 3:23, NKJV) indicates that this is what Paul means by “under the law” in this passage.

A related Greek word, ennomos, normally translated “under the law,” literally means “within the law” and refers to living within the requirements of the law through union with Christ (1 Cor. 9:21). By “the works of the law,” that is, by trying to keep the law apart from Christ, it is impossible to be justified, because only those who through faith are righteous will live (Gal. 3:11). This truth doesn’t nullify the law; it shows only that the law can’t give us eternal life. It’s way too late for that.