Read 1 Peter 2:18-23. How do we today understand the difficult content of these verses? What principle can we take from them for ourselves?

A careful reading of 1 Peter 2:18-23 reveals that rather than an endorsement of slavery, the texts give spiritual counsel on how to think about difficult circumstances that, at the time, could not be changed. 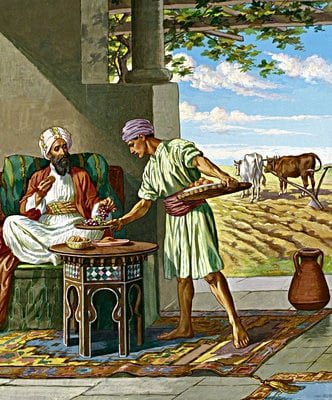 The word translated as “servant” or “slave” in 1 Peter 2:18, oiketes, is used specifically for domestic slaves. The more usual word for slave, doulos, is used in Ephesians 6:5, a passage that gives similar advice to slaves.

In the highly stratified Roman Empire, slaves were considered a legal possession under the absolute control of their master, who could treat them well or cruelly. Slaves came from a number of sources: defeated armies, children of slaves, or those “sold” to pay off their debts. Some slaves were given great responsibility. Some managed the large estates of their owners. Others managed their owners’ property and business interests, and some even educated their masters’ children.

A slave’s freedom could be purchased, in which case the slave was described as “redeemed.” Paul uses this language to describe what Jesus has done for us (Eph. 1:7, Rom. 3:24, Col. 1:14).

It is important to remember that a number of early Christians were slaves. As such, they found themselves caught in a system that they could not change. Those unfortunate enough to have harsh and unreasonable masters were in particularly difficult situations; even those with better masters could face trying circumstances. Peter’s instructions to all Christians who were slaves are consistent with other statements in the New Testament. They should submit and endure, just as Christ submitted and endured (1 Pet. 2:18-20). There is no credit for those suffering punishment for having done wrong. No, the real spirit of Christ is revealed when they are suffering unjustly. Like Jesus, at such times Christians are not to return abuse, nor to threaten, but entrust themselves to God, who will judge justly (1 Pet. 2:23).