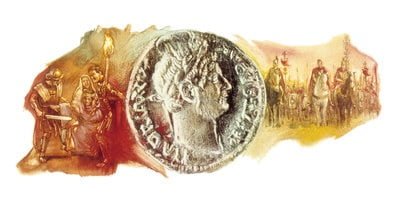 Read Romans 15:20-27. What reasons does Paul give for not having visited Rome earlier? What made him decide to come when he did? How central was mission to him in his reasoning? What can we learn about mission and witnessing from Paul’s words here? What interesting-and important-point does Paul make in Romans 15:27 about Jews and Gentiles?

The great missionary to the Gentiles felt constantly impelled to take the gospel to new areas, leaving others to labor in places where the gospel had been established. In the days when Christianity was young and the laborers few, it would have been a waste of valuable missionary power for Paul to work in already-entered areas. He said, “So have I strived to preach the gospel, not where Christ was named, lest I should build upon another man’s foundation,” so that “they that have not heard shall understand” (Rom. 15:20-21).

It was not Paul’s purpose to settle down in Rome. It was his aim to evangelize Spain. He hoped to get the support of the Christians in Rome for this venture.

What important principle can we take away regarding the whole question of mission from the fact that Paul sought help from an established church in order to evangelize a new area?