↓
Home→Daily→Sunday: The Eyes of the Lord

An Oxford university professor has theorized that we, the world, and everything around us – none of it is real. Instead, we are the digital creations of a race of aliens with super-powerful computers.

While that’s an interesting theory, it does bring up a crucial question: What is the nature of reality?

There are two very broad possible answers, even if only one is rational. The first is that the universe – and all that is in it, including us – just is. Nothing created it, nothing formed it. It just is here. It is simply a brute fact. There is no god, there are no gods, there is nothing divine. Reality is purely material, purely natural. As someone said 2,500 years ago (this is not a new idea), there is only “atoms and the void.”

The other view is that some divine being (or beings) created the universe. That, indeed, seems more logical, more rational, more sensible, than the idea that the universe just is, with no explanation for it. This position encompasses the natural world, the world of “atoms and the void,” but it is not limited to it. It points to a reality that is much broader, deeper, and more multifaceted than the atheistic-materialist view so often heard today. 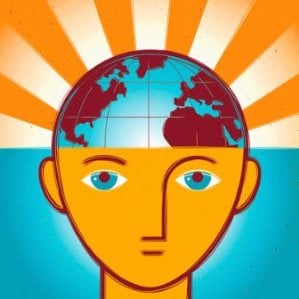 Central to any Christian education is the reality not just of God, but of the kind of God that He is, a personal God who loves us and who interacts with us. He is a God of miracles who, though using natural laws, is not bound by those laws and who can transcend those laws when He wills (such as in the virgin conception of Jesus). The teaching of this view is especially pertinent in our day because so much of the intellectual world, claiming (erroneously) that science supports it, openly and unapologetically teaches the atheistic and naturalistic worldview.