Even if his opponents conceded that Abraham’s life was characterized primarily by faith, Paul knew that they still would have questions about why God gave the law to Israel about four centuries after Abraham. Did not the giving of the law nullify any previous arrangement?

What is the point of Paul’s analogy between a person’s final will and testament and God’s covenant with Abraham? Gal. 3:15-18. 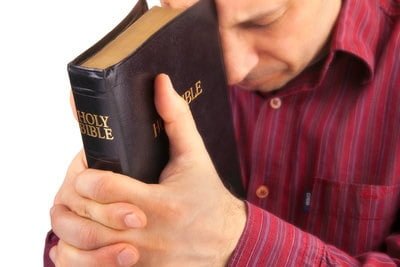 A covenant and a will are generally different. A covenant is typically a mutual agreement between two or more people, often called a “contract” or “treaty”; in contrast, a will is the declaration of a single person. The Greek translation of the Old Testament, the Septuagint, never translates God’s covenant with Abraham with the Greek word used for mutual agreements or contracts (syntheke). Instead, it uses the word for a testament or a will (diatheke). Why? Probably because the translators recognized that God’s covenant with Abraham was not a treaty between two individuals, where mutually binding promises are made. On the contrary, God’s covenant was based on nothing other than His own will. No string of “ifs, ands, or buts” was attached. Abraham was simply to take God at His word.

Paul picks up on this double meaning of “will” and “covenant” in order to highlight specific features of God’s covenant with Abraham. As with a human will, God’s promise concerns a specific beneficiary, Abraham and his offspring (Gen. 12:1-5, Gal. 3:16); it also involves an inheritance (Gen. 13:15, Gen. 17:8, Rom. 4:13, Gal. 3:29). Most important to Paul is the unchanging nature of God’s promise. In the same way that a person’s will cannot be changed once it has been put into force, so the giving of the law through Moses cannot simply nullify God’s previous covenant with Abraham. God’s covenant is a promise (Gal. 3:16), and by no means is God a promise-breaker (Isa. 46:11, Heb. 6:18).