↓
Home » Sunday: To the Exiles

If you were given a piece of paper that began, “Dear Sir,” you would realize that you were reading a letter. And you would assume that the letter came from somebody you probably weren’t close to. 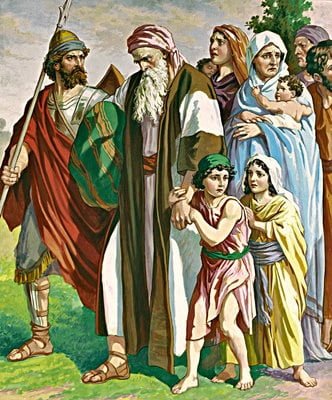 Just as modern letters have a standard way to begin, so do ancient letters. First Peter begins as any ancient letter would. It identifies the author and those to whom it was sent.

Read 1 Peter 1:1. What can we learn from this one verse that helps to give us a bit of context?

Peter clearly identifies himself. His name is the first word in the letter. Yet, he immediately defines himself as “an apostle of Jesus Christ.” Thus, as Paul often did (Gal. 1:1, Rom. 1:1, Eph. 1:1), Peter right away establishes his “credentials,” emphasizing his divine calling. He was an “apostle,” that is “one sent,” and the One who sent him was the Lord Jesus Christ.

Peter identifies a region where his letter was directed: Pontus, Galatia, Cappadocia, Asia, and Bithynia. These are all regions in Asia Minor, roughly equivalent to the part of modern Turkey east of the Bosphorus.

Debate exists about whether Peter was writing mostly to Jewish believers or to Gentile believers. The terms Peter used in 1 Peter 1:1 “sojourners/exiles,” “dispersion [diaspora],” (NRSV) are terms that naturally belong to Jews living outside of the Holy Land in the first century. The words chosen and sanctified in 1 Peter 1:2 are suited to both Jews and Christians alike. Describing those outside of the community as “Gentiles” (1 Pet. 2:12, 1 Pet. 4:3) also underlines the Jewish character of those to whom Peter writes.

Some commentators argue, in response, that what Peter says in 1 Peter 1:18 and 4:3 would be more appropriately said to Gentile converts to Christianity than to Jewish ones. After all, would Peter really have written to Jews about the “futile ways inherited from your ancestors” (NRSV)? Or would he have said to Jewish readers, “For we have spent enough of our past lifetime in doing the will of the Gentiles-when we walked in lewdness, lusts, drunkenness, revelries, drinking parties, and abominable idolatries” (1 Pet. 4:3, NKJV)?