Despite knowing that human organizations and governments are flawed and sometimes sinful, and despite their bad experiences with governments and religious leaders, both Paul and Peter urged early Christians to submit to human authorities (1 Pet. 2:13-17, Rom. 13:1-10). Christians, they say, should pay taxes and contribute to compulsory labor obligations. As far as possible, Christians were to be model citizens. 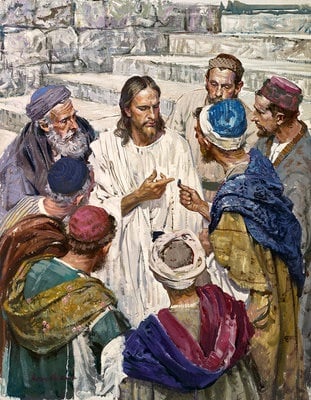 Read Acts 5:27-32. What is the relationship between the obedience that Peter says to render to the authorities (1 Pet. 2:13-17) and what Peter and the other apostles actually did in this one incident?

The early successes of the Christian church led to the arrest of Peter and John (Acts 4:1-4). They had been questioned by the rulers, elders, and scribes, and then let go with a stern warning that they should desist from preaching (Acts 4:5-23). Soon afterward they were arrested again and asked why they had not followed what the authorities told them to do (Acts 5:28). Peter replied, “We ought to obey God rather than men” (Acts 5:29).

What crucial truth must we take from these words?

Peter was not being a hypocrite, saying one thing and doing another. When it became an issue of following God or following human beings, the choice was clear. Until then, Christians should be supportive and obedient to government, even if they also work to try to bring about positions of social change. When moral issues are at stake, Christians have been and still should be involved in legally promoting the kind of social changes that reflect the values and teaching of Jesus. How this should be done depends upon many factors, but being a loyal and faithful citizen doesn’t automatically mean that a Christian can’t or shouldn’t seek to help improve society.