The troublemakers in Galatia were claiming that Paul’s gospel was really driven by his desire to obtain the approval of others. What might Paul have done differently in his letter if he were merely seeking human approval? Consider Gal. 1:6-9, Gal. 1:11-24. 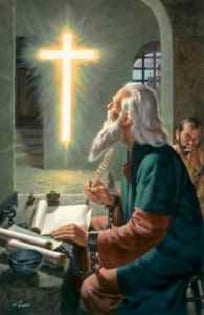 Why did Paul not require Gentile converts to be circumcised? Paul’s opponents claimed it was because Paul wanted conversions at any cost. Maybe they thought that because Paul knew Gentiles would have reservations about circumcision, he didn’t require it. He was a people-pleaser! In response to such allegations, Paul points his opponents to the strong words he had just written in verses 8 and 9.

If all he wanted were approval, he would surely have answered otherwise.

Why does Paul say it is impossible to be a follower of Christ while trying to please people?

After Paul’s statement in verses 11 and 12 that he received his gospel and authority directly from God, how do his words in verses 13-24 make his point?

Verses 13-24 provide an autobiographical account of Paul’s situation before his conversion (vss. 13, 14), at his conversion (vss. 15, 16), and afterward (vss. 16-24). Paul claims that the circumstances that surrounded each of these events make it absolutely impossible for anyone to claim that he received his gospel from anyone but God. Paul is not going to sit by and allow anyone to disparage his message by questioning his calling. He knows what happened to him, he knows what he was called to teach, and he is going to do it, no matter the cost.