Having emphasized the centrality of the Cross of Christ to the Christian life, Paul now emphasizes the second fundamental tenet of his gospel message: justification by faith.

As we have seen all quarter, Paul has basically pitted circumcision against the gospel. Yet, he’s not against the practice itself. 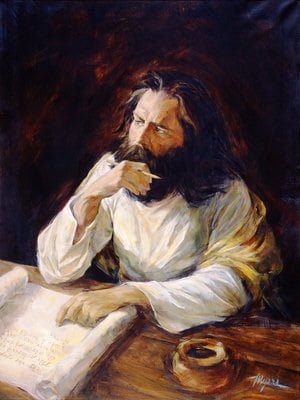 Paul has made several strong statements against circumcision (see Gal. 5:2-4) , but he does not want the Galatians to conclude that being uncircumcised is more pleasing to God than being circumcised. That is not his point, because one can be just as legalistic about what one does as about what one doesn’t do. Spiritually speaking, the issue of circumcision by itself is irrelevant. True religion is rooted less in external behavior and more in the condition of the human heart. As Jesus Himself said, a person can look wonderful on the outside but be spiritually rotten on the inside (Matt. 23:27) .

Ktisis is the Greek word translated “creation.” It either can refer to an individual “creature” (Heb. 4:13)  or to all of the “created” order itself (Rom. 8:22) . In either case, the word implies the action of a Creator. That is Paul’s point. Becoming a “new creature” is not something that can be brought about by any human effort — whether circumcision or anything else. Jesus refers to this process as the “new birth” (John 3:5-8) . It is the divine act in which God takes a person who is spiritually dead and breathes spiritual life into him. This is yet another metaphor to describe the saving act that Paul typically describes as justification by faith.

Paul refers to this new creation experience in greater detail in 2 Corinthians 5:17. In this verse, Paul explains that becoming a new creation means far more than just a change in our status in the books of heaven; it brings about a change in our lives today. As Timothy George notes, it “involves the whole process of conversion: the regenerating work of the Holy Spirit leading to repentance and faith, the daily process of mortification and vivification, continual growth in holiness leading to eventual conformity to the image of Christ.” — Galatians, p. 438.

Becoming a new creature, however, is not what justifies us. This radical change is, instead, the unmistakable manifestation of what it means to be justified.