↓
Home » Wednesday: The Image of the Beast

Read Revelation 13:12-13. How do 1 Kings 18:38 and Acts 2:3 help us understand the nature of the lamblike beast’s deceptive activities – the greatest of which is bringing fire down from heaven? 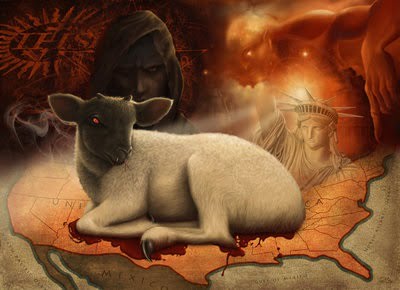 By working miracles, the lamblike beast will convince many that its words are true despite not being in full harmony with Scripture. “Through the agency of spiritualism, miracles will be wrought, the sick will be healed, and many undeniable wonders will be performed”. – Ellen G. White, The Great Controversy, p. 588. These miracles help the lamblike beast to persuade the inhabitants of the earth to make an image to the sea beast that received the deadly wound.

The healing of the sea beast’s deadly wound refers to the restoration of the Roman papacy as a religio-political power. The lamblike beast will also begin speaking like a dragon and exercising the power of the sea beast, showing that it will become as intolerant as the nations represented by these symbols.

“Such action would be directly contrary to the principles of this government, to the genius of its free institutions, to the direct and solemn avowals of the Declaration of Independence, and to the Constitution. … But the inconsistency of such action is no greater than is represented in the symbol. It is the beast with lamblike horns – in profession pure, gentle, and harmless – that speaks as a dragon. …

‘Saying to them that dwell on the earth, that they should make an image to the beast’. Here is clearly presented a form of government in which the legislative power rests with the people, a most striking evidence that the United States is the nation denoted in the prophecy.

When the early church became corrupted by departing from the simplicity of the gospel and accepting heathen rites and customs, she lost the Spirit and power of God; and in order to control the consciences of the people, she sought the support of the secular power. The result was the papacy, a church that controlled the power of the state and employed it to further her own ends, especially for the punishment of ‘heresy’ …

When the leading churches of the United States, uniting upon such points of doctrine as are held by them in common, shall influence the state to enforce their decrees and to sustain their institutions, then Protestant America will have formed an image of the Roman hierarchy, and the infliction of civil penalties upon dissenters will inevitably result …

The ‘image to the beast’ represents that form of apostate Protestantism which will be developed when the Protestant churches shall seek the aid of the civil power for the enforcement of their dogmas”. – Ellen G. White, The Great Controversy, pages 442-445.