↓
Home→Daily→Thursday: Anticipation of the Second Advent 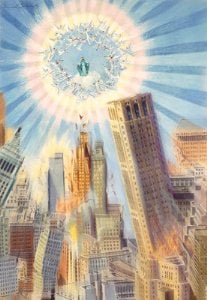 What great hope is presented here?

What good would the first coming of Christ be without the Second?

Read Matthew 26:29. What is Jesus saying in this one verse?

Look at the promise, the assurance, and the hope that the Lord gives us here. These words imply a closeness, an intimacy between the redeemed and the Redeemer that will extend into eternity. Jesus is promising us that He will not drink of this fruit of the vine until He drinks it new with us in the eternal kingdom. When we remember who He is, the Creator of the universe (Col. 1:16), this promise is even more astonishing. Thus, besides everything the Communion service points to, it should also point us to the great hope that awaits us at the Second Coming of Jesus.