Read 1 Thessalonians 2:3. What key point is he making there about motives? 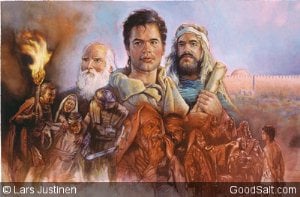 It was widely known in the ancient world that there were three keys to persuading people to change their ideas or practices. People judge the power of an argument on the character of the speaker (in Greek: ethos), the quality or logic of the argument itself (logos), and the power of the speaker’s appeal to the hearer’s emotions or self-interest (pathos). In 1 Thessalonians 2:3-6 Paul focuses on the character of the apostles as a key element of the preaching that led to radical changes in the Thessalonians.

In these verses, Paul draws a contrast between himself and the popular philosophers, whose preaching was often motivated by personal benefit (see lesson 3). Paul uses three words in verse 3 to describe possible bad motivations for preaching or ministry.

The first is “error,” an intellectual mistake. A preacher may be excited about an idea that is simply wrong. He or she may be perfectly sincere but self-deceived. They think they are doing good for others but are motivated by false ideas.

The second word is “uncleanness,” or “impurity.” People are attracted to individuals who are widely known for their power, ideas, or performance. Some public figures can be motivated by the sexual opportunities that come with fame or notoriety.

The third word is best translated “deception,” or “trickery.” In this case the speaker is aware that the ideas being presented are wrong but is consciously trying to mislead people in order to benefit himself.

Paul and Silas were not motivated by any of these. If they had been, their experience in Philippi would probably have made them quit preaching. The boldness that they exhibited in Thessalonica was possible only by the power of God working through them. The power that the gospel had in Thessalonica (see 1 Thess. 1:5) was in part due to the character of the apostles, which shone through in their presentations. Logical arguments and emotional appeals were not enough. Their characters were in accordance with their claims. Such authenticity has tremendous power in today’s world, as it did in ancient times.