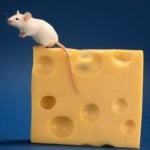 “…make it your ambition to lead a quiet life: You should mind your own business and work with your hands, just as we told you, so that your daily life may win the respect of outsiders…” 1 Thessalonians 4:11-12, NIV

Several years ago, while attending church potluck after services one Sabbath, I noticed a visitor going from table to table visiting with the local church members. His appearance had caught my attention as most of those in attendance were dressed in their Sabbath best from church. I had not seen him at the service, but it was not uncommon to have locals attend potluck without attending church. The church was in a depressed part of town and for some who came this may have been their only balanced meal all week.

This man was a rather slender, even skinny fellow with a long beard and suspenders to hold up his khaki pants. The suspenders clashed with the colors in his plaid shirt, and a canvas fishing hat covered masses of light brown, disheveled hair. I surmised he was a newer member, just arrived in the local neighborhood, looking for a meal. However, he eventually arrived at my table, and his purpose became clear. He began to share with those of us sitting at the table what Ellen White had written about cheese. He quoted that “it should never enter the stomach.” Testimonies, Volume 2, page 68. Also he recited that cheese was “wholly unfit for food.” Ministry of Healing, page 302.

With further conversation, we discovered that this church member had made it his life work to travel the country and attend potlucks at Seventh-day Adventist churches and tell everyone that they could only find salvation by being obedient and that obedience meant eliminating cheese from the diet. Anyone who had attended a church potluck, Adventist or otherwise, knows that cheese is present in many dishes from potatoes au gratin, to macaroni and cheese casseroles. He saw this as a challenge to the perfection that holy living required. It was a touchstone for him. If people were not being obedient regarding cheese then they probably were not being obedient elsewhere in their lives and probably weren’t really saved. Finding few who would stop eating their meal when he pointed out the cheese to them, he eventually “shook the dust” off his shoes and moved on, presumably to another church the following weekend.

Is this what holy living is all about? Is it based on an obedience checklist that we compare ourselves against to determine if we are holy enough to make it? There have been many such checklists through the ages. Jewish converts of the 1st century tried to make circumcision the bellwether of a person’s relationship to God. Sometime around the first Council of Nicaea in the early 4th century, penance became a hot topic for the early church. Many felt that converts must demonstrate their commitment by obedient acts of contrition. Perhaps this was because some had renounced their faith when persecuted and then sought to re-establish their relationship with the church. Some felt that rebaptism either should not be allowed or was not enough and that some difficult penance must be assigned to demonstrate to the sinner and to the church that falling away was not to be taken lightly.

As time went on, obedience came to be identified with creeds that outlined adherence to doctrines defined by the various denominations. For instance, you would not be seen to be obedient and striving toward holiness in the Seventh-day Adventist church if you did not adhere to Saturday Sabbath keeping. Conversely, other denominations such as the Southern Baptists, the Nazarenes, and other Sunday keeping fellowships would feel that you were not progressing in your faith if you did keep a Saturday Sabbath. Irrespective of the perceived biblical foundations for these positions, the purpose in citing these examples is not to proclaim doctrinal truth but merely to illustrate how obedience may be defined.

Today, we see obedience is often more than a matter of simple commitment to a creedal position, but rather as a commitment to a particular interpretation of those creeds. In the case of our cheese-abstaining friend, for instance, we find that the denominational creed known as “The 28 Fundamental Beliefs” of the Seventh-day Adventist Church contains in belief number 22, “…we are to adopt the most healthful diet possible…,” and number 18 regarding Ellen White, “As the Lord’s messenger, her writings are a continuing and authoritative source of truth which provide for the church comfort, guidance, instruction, and correction,” became, through interpretation, a mandate to proclaim the gospel of forbidding cheese consumption in order to be saved.

Many such interpretations are made battlefields of contention in the modern church. I have heard vegetarians proclaim that anyone who eats meat will not be allowed to live to meet Jesus when He returns. But even vegetarians are now looked down on by vegans who feel they are the modern keepers of the Holy Grail. Some feel that those who listen to certain musical compositions can never be saved as long as they do so. Others feel that dress is the deciding issue. Still others feel that women who seek ordination as ministers of the gospel are on the Devil’s highway. Often, these tests of obedience are more about emotion and feeling than about any real understanding of salvation.

When we succeed in achieving the demanded outward obedience in any of these areas, we all too often find that the next thing we are doing is looking around to see how successful others are in the same area. When we compare ourselves to others in this way, we stand in danger of becoming spiritually proud and arrogant over our own imagined progress, and we begin to look down on our brothers and sisters in Christ as not measuring up to our self-imposed standard of obedience. We forget that “…all have sinned and fall short of the glory of God.” Romans 3:23, NIV Isaiah adds to that, “…all our righteous acts are like filthy rags…” Isaiah 64:6, NIV In spite of that, we might still want to believe that we can do some act of obedience and enhance our standing with God, but the Bible says otherwise. “Can an Ethiopian change his skin or a leopard its spots? Neither can you do good who are accustomed to doing evil.” Jeremiah 13:23, NIV

As much as we might want to believe that somehow our works of obedience will add something to our savability, all such attempts will only result in pride and subsequently our downfall. (See Proverbs 16:18) One might think that if this is the case, then no one will be saved since we cannot be righteous. Nothing is further from the truth. The righteousness, the salvation that so easily eludes us is given to us as a gift. “the gift of God is eternal life through Christ Jesus our Lord.” Romans 6:23, NIV One might say that yes, I have been justified by Jesus and that is a gift, but now I must work on being sanctified, or made holy. After all, I must work out my own “salvation with fear and trembling.” Philippians 2:12, NIV But what does that mean? Does it mean that we can somehow, through the exercise of our will overcome the tendency to sin that we have inherited from Adam? Can we simply by choosing to do the right thing overcome our fleshly desires? It seems that Isaiah and Jeremiah don’t believe that is possible. Does Paul’s letter to the Philippians then urge us to do something we cannot do? For the answer we need only look to the next verse.

In verse 13, we find “for it is God who works in you to will and to act in order to fulfill his good purpose.” Philippians 2:13, NIV Apparently even our sanctification, our perfection in righteousness is not our work but God’s. It is even His will that is working in our lives, not our own. What then is our part to play in living holy lives? Perhaps James says it best, “Submit yourselves, then, to God….Humble yourselves before the Lord, and he will lift you up.” James 4:7,10 NIV Our part then is not to somehow accomplish our sanctification by being obedient to every perceived standard. It is simply to surrender to God so He can work His will in our lives. The Bible promises that He will write his law on our hearts. (See Jeremiah 31:33) The Bible also promises that when this is the case, “The law of their God is in their hearts; their feet do not slip.” Psalm 37:3, NIV Obedience then is a matter not of any creed or belief statement but rather what God has done within. Since it is God working internally on the human heart it is subject to something we cannot see for only God can see the heart. (See 1 Samuel 16:7)

Sometimes we hurt others by demanding, or even just hinting, that they come up to a standard of obedience they are not ready to achieve. We forget the counsel “Who are you to judge someone else’s servant? To their own master, servants stand or fall. And they will stand, for the Lord is able to make them stand.” Romans 14:4, NIV We even push ourselves to achieve in our own strength what we are not ready for. When we go to the doctor and the doctor tells us that we need surgery, we trust the doctor to pick the right time and place for the surgery. Perhaps we need to go through certain preparations before we are ready for the surgery. Maybe we are not strong enough for the surgery and must have our health built up first to withstand the rigors of the operation. In the same way, God chooses the right time and place to deal with that pernicious habit that is preventing us from advancing spiritually. He knows when it is time to deal with the problem and how best to deal with it. He will not leave us lacking in anything necessary for our salvation if we only trust Him enough to let Him be in control. When we submit ourselves to Him, obedience becomes about how perfect God is and not how sanctified we are.