Between 2000 & 2019 I have probably heard of six dates where Christ was expected to come. I remember vividly how loud it was after 12 midnight on the first of January 2013. Celebration and relief were in the air and people were screaming, “We made it!” The idea that the world would end in 2012 had been carried even by prominent figures. Sadly,  it was about the world coming to an end in a dramatic way that would kill all those who had been “bad.”

Among many other lessons in Revelation, I am intrigued and comforted by this one:

“Behold, He is coming with clouds, and every eye will see Him, even they who pierced Him. And all the tribes of the earth will mourn because of Him. Even so, Amen.” Revelation 1:7 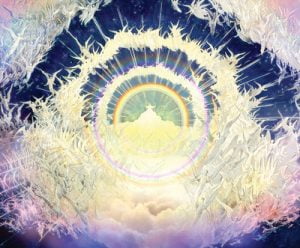 The world will end because Jesus will come. The book of Revelation reveals that the end of all things will be because our Savior and King will have come to release those who love Him from the fetters of sin and woe.

Yes, the world will end, yet as followers of Jesus, we must guard against removing the glorious appearing of Christ from this equation. It is an important detail which, when left out, falsifies the entire message of the end time. Our God is not some Supreme Being sitting on the clouds waiting to destroy us with all sorts of disasters because we are bad people. He, in fact, wants us to be ready to go to heaven with Him and has given us everything we need to get ready.

Before I got married, I only got to see my fiancé on month ends, because we were in a long-distance relationship. He would send a screenshot of his flight details as soon as he purchased His ticket and assure me that he would be coming to visit me on that date. He would assure me the night before, that he has packed up and done all for the journey. On days leading up to the visit, we would spend hours talking about what we would do when came. “I can’t wait to see you,” was the most repeated phrase during those days. The morning of his flight always found me wide awake because I just could not wait for his arrival, and I made sure to be at the airport on time. Believe me, I would smile, run and jump on him every time. If  I were not too heavy for him, I’m sure he would have lifted me up all those time. The joy was visible even to bystanders.

Have a look at these verses:

Revelation 14: 7 He said in a loud voice, “Fear God and give him glory, because the hour of his judgment has come. Worship him who made the heavens, the earth, the sea and the springs of water.”

Revelation 22: 12 And, behold, I come quickly; and my reward is with me, to give every man according as his work shall be.

Revelation 18:4 And I heard another voice from heaven saying, “Come out of her, my people, lest you share in her sins and lest you receive of her plagues.”

Revelation 3:20;21 Behold, I stand at the door and knock. If anyone hears My voice and opens the door, I will come in to him and dine with him and he with Me. To him who overcomes, I will grant to sit with Me on My throne, as I also overcame and sat down with My Father on His throne.

Is that not love? God has given us the flight details. We know the day is coming soon. He has given us all the details we need to get ready for His coming and expects us to anticipate His coming and echo it around the world. Christ wants us to meet him with unparalleled joy. What’s even cooler is that unlike my husband and I, we are not too heavy for Christ to lift us up. The Bible says we will be caught up to meet Him in the sky. He is not sneaking up on us to find us unready and pour out disasters that He has been cooking for centuries. What a joy! Christ’s coming will end this world of misery. That is the message we ought to proclaim, that is the hope we have in the book of Revelation. Christ will come a second time. Then the world ends. Let us fill the world with a better message of His coming.