Fundamental Belief No. 24 opens with the following words: 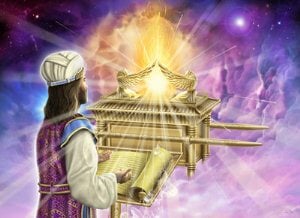 “There is a sanctuary in heaven – the true tabernacle which the Lord set up and not man” (see Heb. 8:2). One of the matter-of-fact assumptions of the Bible is the existence of a heavenly sanctuary (Ps. 11:4).

Read Hebrews 8:1-5. What is the main point taught in these verses?

Ministry in the earthly sanctuary taught that while the shedding of blood was necessary (Heb. 9:22) to atone for sin, there was still the need for a priestly mediator between sinners and a Holy God as a result of that shed blood. The ministry of the priest in the Most Holy Place cleansed the sanctuary of sin and required affliction and repentance on the part of the people. Thus, judgment also was highlighted as an integral part of the total ministry of salvation.