↓
Home » Inside Story: A Dream Marriage

The day Ruth took her first step toward becoming a missionary was when she gave her life to Jesus and was baptized while in the seventh grade in the U.S.

In the eighth grade, she was asked to clean her Seventh-day Adventist church. She knew nothing about cleaning churches, so instead she sat at the piano. As she played and sang about her Savior, she imagined people from various countries sitting in the pews, and a prayerful desire formed in her mind to marry a man who would play and sing with her. But who? 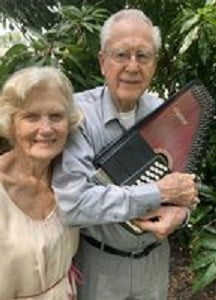 When she was 15, Ruth watched her newly married sister, visiting home from her honeymoon, slip into her wedding gown, put her hands over her eyes, and sob. Ruth resolved that a similar situation would not happen to her and started to make a list of desirable traits in her future husband. Her mother, learning about the list, wisely said, “Ruth, you also have to become the kind of woman whom that man might want.” Ruth prayerfully began to seek to acquire these traits that she expected in her husband. But who?

Just before attending Andrews University, Ruth briefly was engaged, but she broke it off. A few months later, she ended another relationship after learning that the man was dating someone else at the same time.

That winter, Ruth was in the women’s residence hall, waiting to go Christmas caroling, when a friend exclaimed, “There’s Emil Moldrik! Let’s get into his car!” “Who?” Ruth said. “Don’t you know?” her friend said. “He sings, plays the organ, and wants to be a pastor“. Ruth thought, “That’s who!”

For the next few hours, Ruth sang soprano and Emil sang tenor. She felt a new joy in her heart, and couldn’t stop looking at his eyes. She believed that eyes are the windows to the heart, and his eyes were so kind and pure. Emil returned Ruth’s gaze as they sang, and the next evening he called for a date.

Today, Emil and Ruth Moldrik have been married nearly 60 years and have served God in more than 15 countries, singing and playing musical instruments as missionaries. Emil plays 12 instruments, including the saw and autoharp. The couple has visited Ukraine alone 10 times, conducting marriage and English-language classes and Bible meetings.

As Ruth remembers the day she sang and played in the empty church, she praises God for fulfilling her dream. “I did sing and play around the world, so God answered my prayers,” she says.