↓
Home » Inside Story: A Teacher’s Prayer

A school friend told Selinah that she should worship Jesus. “You need to go to church because Jesus is coming and, when He comes, He will take His own,” she said. The friend also said only two churches exist in the world — the Seventh-day Adventist Church and another church. Selinah, whose parents were not particularly religious, chose the other church because it had the larger building in her village in northern Botswana. 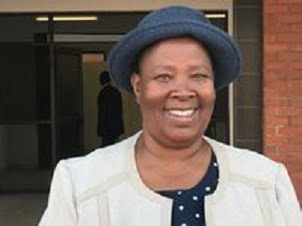 After some time, a relative, a boy around her age, invited Selinah to the Adventist church. Selinah’s friends at the other church cautioned her against going. “Don’t go to that church,” said one. “You won’t come back to your own church,” said another. “Why would I leave my church?” Selinah said.

On Sabbath morning, Selinah walked with the boy to church. The worship service had begun when they arrived. It was so different to Selinah. The preacher talked to God like he was talking to a friend. The handshakes after the worship service surprised her. It was as if the church members had been expecting her. Learning that the preacher would conduct a series of sermons, she came back for what turned out to be an evangelistic series. She listened with amazement as the preacher used slides to show that the beasts of Daniel chapter 7 represented world kingdoms up through Jesus’ second coming. After the meetings ended, she never returned to her former church. She was baptized and joined the Adventist Church.

Selinah Oreneile Nkwae grew up and became a schoolteacher. More than anything she wanted to teach children about Jesus at an Adventist school. But there was no Adventist school, so she taught at government schools for 34 years. After retiring, she prayed earnestly about how to be a good witness for God, and she led several evangelistic efforts that resulted in a number of baptisms. But she couldn’t forget her desire to teach at an Adventist school.

One day, her husband saw a newspaper advertisement seeking teachers for a new Adventist school in Francistown. Selinah applied and was accepted at Eastern Gate Primary School, which was constructed with a Thirteenth Sabbath Offering in 2015. God had answered her prayers. “The daily prayer of all the teachers is for the kids see God’s character in us,” Selinah said.

This mission story illustrates the following components of the Seventh-day Adventist Church’s “I Will Go” strategic plan: Mission Objective No. 4, “To strengthen Seventh-day Adventist institutions in upholding freedom, wholistic health, and hope through Jesus, and restoring in people the image of God,” and Spiritual Growth Objective No. 6, “To increase accession, retention, reclamation, and participation of children, youth, and young adults.” Read more: IWillGo2020[dot]org.