A Seventh-day Adventist church elder asked Alejandro to preach his first evangelistic meetings at the age of 8. 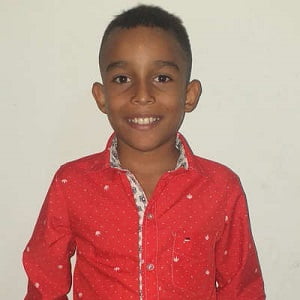 “We want to plant seeds, not to harvest,” the elder told Alejandro’s mother.

The church was dying on Tierra Bomba, an island off Colombia’s coast in the Caribbean Sea. Its head elder had resigned and left the church on the last day of evangelistic meetings that he was leading. Church members were discouraged, and many had stopped worshiping on Sabbath.

Alejandro, who had preached since he was 4, was scared to speak at the first evening meeting. But Mother gave him a big hug, and they prayed together.

People packed the yard of a church member’s house to hear the boy speak.

Hoping to disrupt the weeklong meetings, the former head elder organized his own meetings in his home across the street from Alejandro’s site. He invited current and former church members to attend his daily meetings.

People walking to his house saw the boy speaking as they passed by and stopped. “Who was the child preacher?” they wondered. Many stayed to listen.

The former elder was upset to see people going to Alejandro’s meeting, and he marched over to demand that they come to his house.

Some people went with him but, when he wasn’t paying attention, snuck back to listen to Alejandro preach.

This went on for several days. Then church members invited the former elder to the evangelistic meetings and he came.

As part of the meetings, Alejandro visited homes of people who had responded to his appeals for baptism. During the first round of visitations, three people confirmed their desire for baptism. During a second round, an unmarried couple asked for baptism. Alejandro’s mother helped them complete the paperwork so they could be married. A total of seven people were baptized at the end of the weeklong meetings.

Alejandro, a 10-year-old child preacher in Cartagena, Colombia, has led 18 people, including his parents and older brother, to baptism since he was 4. Read more in this quarter’s Children’s Mission, downloadable at bit.ly/childrensmission.