A prosperous Seventh-day Adventist businessman wondered how his wealth could be used to improve his hometown, Tiachiv, in western Ukraine.

He bought several thousand copies of Ellen White’s Steps to Christ and distributed them to every home in the town of 9,000 people. Then he did the same with The Desire of Ages and The Great Controversy. The local Adventist church enjoyed a good local reputation, and its membership grew to 70. 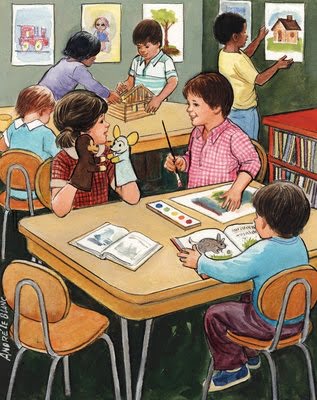 But the businessman, Stepan Dordyai, thought, “What else can I do?”

One day, he mentioned his conundrum to Vladimir Tkachuk, then-education director for the Adventist Church’s Euro-Asia Division, whose territory includes Ukraine and much of the former Soviet Union.

“Schools are one of the best ways to reach the world these days”, Tkachuk replied.

The businessman gazed steadily at Tkachuk.

In just three months, Dordyai transformed a factory building into an attractive three-story school with a beautiful sports field. The Happy Place Seventh-day Adventist school opened its doors to 36 children in September 2016.

In just a year, enrollment at the school, which teaches grades 1-4 and has a preschool, had doubled to 70 children, filling the classrooms to capacity.

The sports field is one of the finest in town, and other schools send their children to participate in friendly matches. Each time children arrive, the Adventist principal announces, “This is a special school. We study the Bible here and do not curse. So, before we play, would you like to memorize a short Bible verse?”

“The children quickly learned it and then repeated it”, said Tkachuk, who was present and recounted the events surrounding the school. “Then they played”.

Forty-five miles (75 kilometers) away, a much larger Adventist church of 300 members saw the flourishing school and asked one another, “What can’t we open a school?” So, they opened a school with 22 children in their town, Ilnytsya.

This is a remarkable story that is unfolding across the Euro-Asia Division, where the number of church schools has surged from 14 in 2012 to more than 60 today.

“There are many reasons why schools are opening quickly now, but one of the main reasons is it is the right time and the right place for God to fulfill His plans”, said Mikhail Kaminskiy, president of the Euro-Asia Division.

A Thirteenth Sabbath Offering in 2021 will help expand several church schools in the Euro-Asia Division. Thank you for allowing God to use you to spread the gospel.