In the evening, after it was too dark to work in the maize field, the Reyneke family gathered around a large kitchen table for supper on their small farmhouse in central South Africa. Father, Mother and their seven boys and four girls ate homegrown food every evening: maize porridge along with potatoes, pumpkin, and meat. Afterward, the children cleared away the dishes, and Father opened his Dutch Bible for family worship. 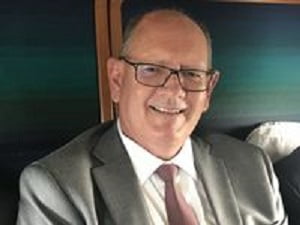 On this particular evening, Father opened the Bible to Exodus 20 and read, “Remember the Sabbath day, to keep it holy. Six days you shall labor and do all your work, but the seventh day is the Sabbath of the Lord your God. In it you shall do no work” (Exodus 20:8-10; NKJV).

“Listen,” Father said, puzzled. “It says here, ’Six days you shall labor, but on the seventh day you shall rest.’” The idea of resting on the seventh day was new to him. He and the family had always observed the first day, Sunday, as the Sabbath, but the Bible said otherwise.

Father made a note in the margin of his Bible. Beside the words, “Six days you shall labor,” he wrote, “Plow time.” Beside the words, “On the seventh day you shall rest” he wrote, “Rest time.” The matter was clear to him. His family started keeping the seventh-day Sabbath. Families took notice on the neighboring farms, and soon three of them also were keeping the Sabbath.

Through the book, Father and Mother learned about the Seventh-day Adventist Church for the first time. They understood that other people also worshiped on the seventh-day Sabbath.

While there is no historical record of Father and Mother joining the Seventh-day Adventist Church, four of their 11 children became Adventists. One of their grandsons is Gideon Reyneke, a pastor who helps oversee mission work in South Africa and 14 other countries as executive secretary of the Southern Africa-Indian Ocean Division.

Gideon said he owes his Adventist heritage to faithful grandparents who simply read the Bible and obeyed it in the 1920s. “We pray that by telling this story from generation to generation, it will yield results and bring many more people to Jesus Christ,” he said.