The news about the tragic stabbing death of U.S. volunteer Kirsten Elisabeth Wolcott during a morning jog on the Pacific island of Yap ricocheted across the campus of Southern Adventist University, where she had studied. The university in Collegedale, Tennessee, had sent out many student volunteers over the years, and now students were divided. 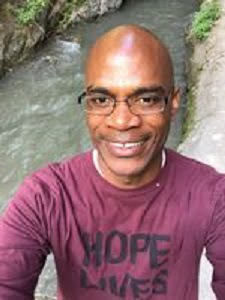 “We will not go,” some students said after the 20-year-old junior education major was killed by a drunken man in 2009. “It’s too dangerous.”

Others remembered the words of early Christian church father Tertullian, quoted in The Great Controversy, “The oftener we are mown down by you, the more in number we grow; the blood of Christians is seed” (page 41).

“We will go!” those students said. “We will honor Kirsten’s faith.”

The debate lingered in the mind of Winston Crawford, a 33-year-old theology student, as he walked across the campus on a Sabbath afternoon. He accidentally opened a wrong door and, before he knew it, found himself at an event for student volunteers. He hadn’t known about the event but, because he was there, decided to visit the booths. The woman at one booth spoke about the desperate need for volunteers to teach English in the former Soviet Union. “The program will end if they don’t get anyone,” she said.

Winston’s heart was touched. He hadn’t planned to take off a year, but he thought, “I will honor Kirsten’s faith. I will go.”

He sent away an application and received an invitation to teach in Moscow, Russia. Winston eagerly read about the country as he got his paperwork in order and raised money to buy air tickets. Twelve days before his arrival on April 10, 2010, twin suicide bombers killed 40 people in the Moscow subway. “What did I sign up for?” Winston wondered.

Then he thought about Paul, who had been beaten and left for dead many times. Paul was no coward. He remembered Revelation 21:8, which says the cowardly will not inherit eternal life. He recalled how he had stumbled, seemingly by accident, upon the event with the student volunteers. He remembered Kirsten. “Why would a bomb scare me?” he thought. “God called me to serve. I will go!” Winston went and, a decade later, has no regrets. He grew closer to Christ, and the influence that he had on his students will only be known in eternity. The year changed his life.

This mission story illustrates Mission Objective No. 1 of the Seventh-day Adventist Church’s “I Will Go” strategic plan, “To revive the concept of worldwide mission and sacrifice for mission as a way of life involving not only pastors but every church member, young and old, in the joy of witnessing for Christ and making disciples.” Learn more: IWillGo2020[dot\org.