↓
Home » Inside Story: Japan ~ What Kind of Book Is This?

What Kind of Book Is This?

A stranger handed a Bible to the 12-year-old girl as she walked home from school in Japan. But she wasn’t interested and placed the book on a shelf in her bedroom. Later, as she cleaned her room, she saw the Bible on the shelf and felt a strong desire to give it to her 8-year-old brother, Ryotaro. 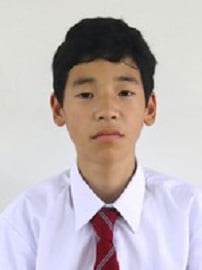 Ryotaro wondered what kind of book she was holding. When he looked more closely, he saw the word “Bible” on the cover. He had seen a Bible at his grandfather’s house, and he was curious about what kind of book it might be.

The Bible was his.

The Bible contained only the New Testament, and he started reading from the beginning, the Gospel of Matthew. “Who is Matthew?” he thought.

As he read, he learned about a Man named Jesus who healed many sick people. He realized that Jesus was a great Person. When he finished Matthew, he wondered what would happen next, so he started reading the next book, Mark. But the story sounded similar to what he had just read in Matthew, so he quit halfway through. After that, he read here and there, but he didn’t finish any book. He longed to know more about Jesus. His family was not Christian, and he didn’t tell them about the longing of his heart.

Meanwhile, the Bible became an important part of his life. Inside he found a page with promises that he could claim. There were promises for when he was sick or having a bad day. Every time he needed peace, he read the promises and felt comforted. With a pencil, he underlined the verses that he liked. When he left the house, he always carried the Bible with him. Although no one had ever taught him to pray, when he went on trips with his family, he always prayed, “God, please protect us.”

When he finished elementary school, he decided to go to Okinawa Saniku Junior High School, a Seventh-day Adventist school that Father and Mother found on the Internet. He hoped to learn more about Jesus — and he is. Today, Ryotaro is 12 and living in the boys’ dormitory at the school. Not long ago, he announced to his parents that he wanted to be baptized.