As a child in New Zealand, Coralie Schofield was warned about the potential dangers of television and cautioned to stay away.

Today, she is surprised—and overjoyed—that people are flocking to Seventh-day Adventist churches across the country because of television. 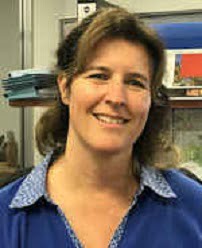 “It’s the most humbling experience to see. It’s just television”, said Coralie, who has a front row seat as the wife of Neale Schofield, manager of Hope Channel New Zealand, the local affiliate of the Adventist Church’s international channel.

“When I was growing up in the Adventist Church, my television viewing was cautiously monitored”, said Coralie, who oversees correspondence for Hope Channel. “But now viewing choices have expanded. You’ve got an Adventist channel that is witnessing 24/7. Can you get too much of a good thing?”

Viewers approach Coralie and her husband at Sabbath worship services around New Zealand. At one church, an older couple told how an adult daughter had been flipping through the channels and stopped on Hope Channel. Soon she was watching regularly, and she told her parents and sister about the channel. The whole family began to watch.

At another church, Coralie heard about a woman who walked off the street one Sabbath and asked for Bible studies. When the pastor arrived at her home, he found 11 women waiting to study the Bible. The woman had invited 10 friends. Half of them have been baptized now.

Hope Channel began free-to-air broadcasts across New Zealand in 2016 with help from a Thirteenth Sabbath Offering. Today it has a monthly viewership of about 200,000 people, or 5 percent of the population, according to market researcher Nielsen. The Adventist Church has about 12,000 members in New Zealand, a country with a highly secularized society where the church has struggled to make inroads.

Viewers surface in unexpected places. While flying domestically, Neale Schofield was working on his laptop, and a fellow passenger saw the Hope Channel logo on his screen.

“Are you associated with Hope Channel?” the stranger asked.

The man introduced himself as the pastor of another Christian denomination in Auckland and said he and his 15- and 18-year-old daughters only watched Hope Channel.

In another surprise, parents are coming to the Adventist Church’s 16 schools in New Zealand and seeking to enroll their children because of Hope Channel.

“They know Hope Channel is Adventist, and they want their kids to have the morals that are espoused there”, Coralie said.

Coralie is especially touched by a mother with three young daughters who drove around an Adventist church for three weeks on Sabbath morning before gaining the courage to come in. Once inside, she was warmly welcomed, and she was baptized a few months later.

Recently, she was diagnosed with terminal cancer.

“It is tragic”, Coralie said. “But you can see that God led to her to a place where she and her daughters have support”.

Coralie’s voice filled with emotion as she spoke about the ill woman and the many others who have entered Adventist churches because of Hope Channel. No one knows precisely how many people have come.

“I just find it very humbling to be part of the process—to meet these people and see the absolute joy on their faces”, Coralie said. “It is like they’ve come home”.