Modesty Kakula, a businessman in Namibia, has an unusual way of sharing Jesus. Slogans painted on his three cars declare, “No. 1: God First.” 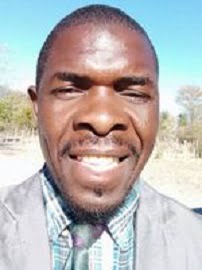 Modesty’s novel approach to mission outreach began when his first employer offered to sell him a car for 50,000 Namibian dollars (U.S.&dollar;4,000) in the town of Katima Mulilo. Modesty, two years out of high school and newly married, worked hard and managed to pay off all but 5,000 Namibian dollars (&dollar;400) in four months. Then his employer changed his mind and priced the car at 60,000 Namibian dollars. “Why are you changing the price just now when I’m about to finish paying for it?” Modesty asked.

A few months later, when Modesty had paid off all but 5,000 Namibian dollars, his employer increased the price to 70,000 Namibian dollars. Modesty tried to pay off the car again and, to his surprise, his employer then accused him of not making any payments. The case ended up in court, and the judge ruled in favor of Modesty. But the employer furiously told the court, “He will only get the car over my dead body.” Modesty’s wife, Rebecca, whispered to her husband and then asked to address the court. Weeping, she said, “Let him keep the car. God will make a way for us.” The employer returned 22,000 Namibian dollars to Modesty and fired him.

At home, Modesty, with no job or income, tearfully poured out his heart to God. As he prayed, he accidentally knocked his Bible to the floor. Picking up the open Bible, Modesty’s eyes fell on Romans 8:28, which says, “And we know that all things work together for good to those who love God, to those who are the called according to His purpose” (NKJV).

“Wow!” Modesty exclaimed as peace and assurance filled his heart.

The next morning, the phone rang while Modesty was still in bed. An unfamiliar male voice offered to sell him a car for 23,000 Namibian dollars.

Modesty rushed to the man’s house. Sure enough, a car was available for sale. At Modesty’s pleadings, the man lowered the price to 22,500 Namibian dollars, and Modesty borrowed money from his parents to pay the balance.