Praying for Work in France

Abdelkader Henni had no interest in Christianity, and he was surprised when a chaplain spoke to him about Jesus at a school where he participated in after-school activities with other young people in France. 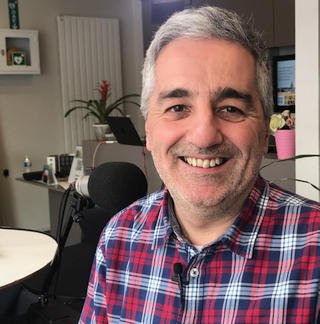 “You come often,” the chaplain said. “Why don’t you become a Christian?”

Abdelkader, who had lived most of his life in France after his parents immigrated from Algeria, stopped going to the after-school activities. But he wasn’t sure what to do. He had finished high school, and couldn’t find a job.

A short time later, he met a Seventh-day Adventist from Algeria. Abdelkader’s heart was touched as he listened to the Adventist’s story. He realized that an Algerian could become a Christian, and he began to read about Christianity. Around that time, he ran into an old high school friend. Crystal had been unhappy in high school, but now a joy surrounded her. Abdelkader wondered what had happened and, as if reading his thoughts, Crystal told him.

“I met someone, and that person totally transformed my life,” she said.

“Who did you meet?” Abdelkader asked.

“I met Jesus Christ,” she said.

Abdelkader wondered whether Jesus could transform his life. He accompanied Crystal to a church prayer meeting that evening. When someone asked whether he had any prayer requests, he said, “I need a job.”

The next morning, his phone rang.

“You are Abdelkader?” an unfamiliar voice asked.

“Are you looking for a job?” she said.

Later that morning, the caller interviewed Abdelkader in her car as she drove him to his new job. He was astonished. He had applied for the job weeks earlier but only received it after praying. He believed Jesus could transform his life.

Back at home, he prayed, “I want to know which church to choose.”

Today Abdelkader, whose name means “servant of the Almighty God,” is a 51-year-old Adventist pastor working with non-Christians in France.

“Every day I praise God for the work that He has given me to do,” he said.

Thank you for your Sabbath School mission offerings that help people in France and around the world learn about Jesus.