My mother turned to me as she was dying from gallbladder cancer.

“You must go to church,” she said.

Mother had taken me to church every Sabbath since I was a young girl, but I had stopped attending as I got busy with my shop in Hanam, a suburb of South Korea’s capital, Seoul. 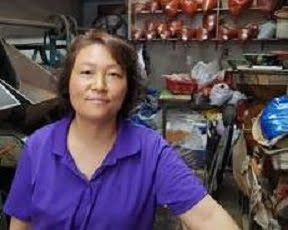 Mother’s words troubled me as I struggled to both work and raise my son, daughter, and three nephews. I realized that I could not succeed on my own, and I returned to Jesus.

As my love grew for Jesus, He gave me a heart to care for needy neighbors. A relative introduced me to Hong Soon-mi. A year after we met, Soon-mi’s husband was diagnosed with bone-marrow cancer. When I learned that he couldn’t afford surgery, I set up a donation box on the street outside my shop. Many people ridiculed me, saying, “Why are you raising money for someone who isn’t a relative?” But I kept the donation box in place.

On Soon-mi’s birthday, I presented her while a 45-pound (20-kilogram) bag of rice. “Take this gift from my shop,” I said. She later told me that her whole family cried when they saw the gift.

Soon-mi didn’t come to church right away. But she read the Adventist magazines that I gave her and learned that Seventh-day Adventists love Jesus and people. I put Soon-mi in charge of my shop and provided her with a salary and daily necessities such as fruit and rice for about two years. After that, I made her the manager of a small restaurant that I ran. A year after managing the restaurant, she asked, “Why don’t you invite me to church?”

After six years of friendship, Soon-mi visited West Hanam Seventh-day Adventist Church for the first time. Three years later, she became a deaconess, and later her husband and son were baptized.

When I first opened my shop, I was the only Adventist in the neighborhood. Now seven merchants are Adventist. The church has a good reputation in the area. I thank my mother for giving me a heritage of faith, and I give all glory to God for using Adventist merchants like me for His good.

This mission story illustrates Mission Objective No. 1 of the Seventh-day Adventist Church’s “I Will Go” strategic plan: “To revive the concept of worldwide mission and sacrifice for mission as a way of life involving not only pastors but every church member.” Learn more at IWillGo2020.org. This quarter, your Thirteenth Sabbath offering will support two mission projects in South Korea. Read more about Soon-mi last week.