Adventist in the Next Life

Her Sabbath School lesson book was filled in meticulously. She looked up every verse in her Bible. Many verses were underlined in the Bible. She placed money in the Sabbath School mission offering. 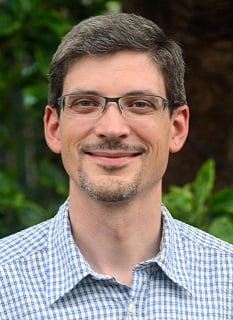 The woman, known to church members as “Grandmother”, looked like a model Seventh-day Adventist.

Visiting U.S. church leader Gregory Whitsett met with Grandmother after church to ask why she had left her non-Christian world religion to become an Adventist.

Grandmother related a tragic story about losing her parents in an accident at the age of 5 and suffering years of harassment by evil spirits. She sought help from doctors and spiritual mediums, but the medicine offered only temporary relief.

One day, an Adventist pastor moved next door, and Grandmother curiously watched people gather at his home every Friday evening. She stood at his gate to find out what was happening and heard music. Peace filled her as she listened to the music week after week. The pastor couldn’t convince her to come into the house, but he learned about her spirit problems and offered to pray. Grandmother agreed, and the evil spirits left permanently. Filled with gratitude, she accepted Jesus and joined the Adventist Church.

Whitsett, director of Center for East Asian Religions, part of the Adventist world church’s Global Mission program, asked Grandmother to explain what Jesus meant to her.

“Jesus means everything to me”, the old woman said, speaking through a missionary-interpreter. “He healed me and has given me peace. I cannot help but speak about Jesus to everyone whom I meet. I am an old woman, and I don’t have much longer to live. I love Jesus so much that I have decided to be Adventist in my next life, too”.

The missionary-interpreter was stunned. She had studied the Bible with Grandmother and thought that she had left her old life completely.

Grandmother’s situation is not uncommon among people who become Christian after following other world religions and traditional animistic practices, church leaders say. This is a major challenge in gospel outreach and a reason for the establishment of the Center for East Asian Religions and other Global Mission Centers at globalmissioncenters[dot]org. Please pray for the work of the Global Mission Centers and for people like Grandmother.