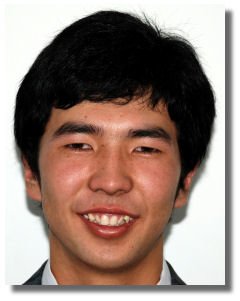 Tawgy slowed his steps as he neared his home in Ulaanbaatar, Mongolia. “Dear Father,” he prayed, “help my parents not to be angry with me for going to church instead of doing my chores. Help them to understand that I’m not trying to disobey them, but that I want to obey You.”

Thirteen-year-old Tawgy had been a Christian for only a few months, and his parents still were deeply concerned that he had joined “that evil sect.” Tawgy understood, for he, too, had heard the rumors that some extreme Christians committed suicide. He tried to convince his parents that he wasn’t at all involved with such an extremist group.

Tawgy was just 12 when his aunt invited him to visit the Adventist church with her. He didn’t want to go, but he felt obligated to obey his aunt, so he went. He enjoyed the meeting and liked the young pastor who spoke. Tawgy attended the rest of the meetings and accepted Jesus as his Savior. His parents tried to dissuade him from attending church and often gave him work assignments to keep him home on Sabbath, but he stood his ground.

Always somewhat shy, Tawgy struggled to gain confidence. His church family has encouraged him, and now he finds it easy to talk to people. “My friends at church are like my family,” he says. “They pray for me and help me stay faithful to God when I’m weak. They make it easier for me to be the only believer in my family.”

The Adventist Church in Mongolia is just taking root. With fewer than 2,000 members, standing for one’s faith can be difficult. Please pray for the believers in Mongolia, and remember that your mission offerings are helping grow the church in regions such as Mongolia, one of the uttermost parts of the earth.

Tawgy continues to study and share his faith in Ulaanbaatar, Mongolia.