I have a habit of not traveling without first asking God whether the trip would be His will. I live in Ireland, while my family lives in South Africa and a sister lives in Namibia. I visit them about once a year. On the airplane, I read the Bible, Ellen White books, and the Adult Bible Study Guide. I also always take Steps to Christ in my bag. The books shorten the trip and lead to interesting contacts. Every time I travel, something interesting happens. 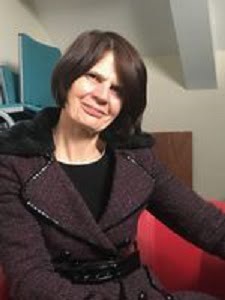 One time, I started talking with the man seated next to me while waiting for our flight at the airport in Dublin, Ireland. It turned out that he worked as a special detective for the Irish police force and traveled home to see his family in Cape Town, South Africa, every two to three months. We chatted about life while waiting for the plane to board. On the plane, a young woman sat beside me and immediately began speaking. “I arrived late at the airport and just made the plane,” she said. “I am so stressed!”

“God knew that you needed to catch this plane,” I said.

I spoke about how God takes charge of our lives when we allow Him.

Just before takeoff, the flight attendant told the young woman that she had taken the wrong seat. She left and who should sit beside me but the policeman. “Isn’t this interesting!” I said. “I believe God does things for a reason.”

“You believe in God?” the man said.

We spoke about salvation, and I gave him a copy of Steps to Christ. “My wife has been trying to get me to read this,” he said. “Now I will read it.”

My two encounters were so remarkable. The ice was broken with the police detective before we boarded the plane. I also was able to mention God to the woman who sat in the wrong seat. Ireland is a very secular country, and it is not easy to speak to people about Christianity. But God provided two opportunities before the plane even left the ground.

This mission story illustrates the following components of the Seventh-day Adventist Church’s “I Will Go” strategic plan: Mission Objective No. 2, “To strengthen and diversify Adventist outreach in large cities [and] among unreached and under-reached people groups”; Spiritual Growth Objective No. 5, “To disciple individuals and families into spirit-filled lives”; and the Holy Spirit Objective, “To be defined as the Holy Spirit leads.” Read more: IWillGo2020[dot]org.