↓
Home » Inside Story: US ~ Prayer of Faith in Dallas

Prayer of Faith in Dallas

I needed encouragement, and God gave it in a most unexpected way. 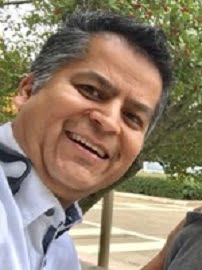 For the past two years, I have come once a week to a public library in Dallas, in the U.S. state of Texas, to work on my doctoral dissertation. A homeless man who often reads in the library lobby always asks me for money when he sees me. I have declined to give him money and instead bring food and share it with him. Despite my efforts to be friendly and talk, he always seems to be angry. It might be because I never give him money.

One day, he found me in the library stairwell, and he was very upset.

He told me that he needed God.

At first, I was uncertain about Gerald’s sincerity. But we talked about the plan of salvation, and I asked whether he wanted to accept Jesus into his life as Lord and Savior.

I led him in prayer to accept Jesus.

After that day, I did not see him for six months.

Then, shortly before the U.S. holiday of Thanksgiving in late November, I walked into the library and immediately saw my homeless friend.

I waited for Gerald to ask me for money, but he did not.

Instead, he gave me the biggest smile I have ever since on his face. He went on to tell me about how God had been working on his heart for the past half year.

He said he had joined a church and went to prayer meeting every week.

He recited all the Bible verses he had learned by heart over the past six months.

He even showed me his Bible.

I was overjoyed! We prayed together, and he closed with a most beautiful prayer for me.

As we said goodbye, I pulled money from my pocket and said, “Gerald, happy Thanksgiving!”

Ruber Leal works as family ministries director at the Texas Conference of Seventh-day Adventists. This mission story illustrates Mission Objective No. 2 of the Seventh-day Adventist Church’s “I Will Go” strategic plan: “To strengthen and diversify Adventist outreach in large cities.” Learn more at IWillGo202o[dot]org.