“But with thee will I establish my covenant; and thou shalt come into the ark, thou, and thy sons, and thy wife, and thy sons’ wives with thee” (Gen: 6:18).

In the above verse the word covenant appears for the first time in the Bible, and, in this context, God has just told Noah about His decision to destroy the earth because of the massive and continuing spread of sin. 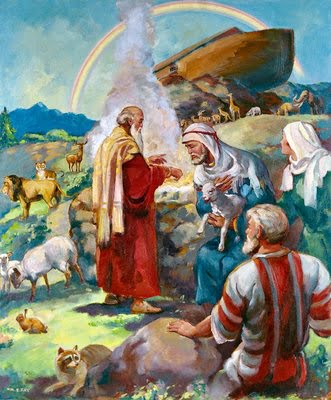 Though this destruction will come in a worldwide Flood, God is not forsaking the world He created. He continues to offer the covenant relationship first set in operation after the Fall. The divine “I” who offers the covenant is Himself the ground of Noah’s security. As the covenant-keeping God, the Lord promised to protect the family members who were willing to live in a committed relationship with Him, one that resulted in obedience.

Was the covenant with Noah just one-sided? Remember that the idea of a covenant implies more than one party. Did Noah have his end of the deal to uphold? What lesson is there for us in the answer to these questions?

God tells Noah that there is going to be a flood and the world will be destroyed. But God makes a deal with him, in which He promises to save Noah and his family. Thus, the stakes were quite high, because if God did not uphold His end of the promise, then no matter what Noah did, he would have been wiped out with the rest of the world.

God said He would make a “covenant” with Noah. The word itself implies an intention to honor what you say you will do. It is not just some whimsical statement. The word itself comes loaded with commitment. Suppose the Lord had said to Noah, “Look, the world is going to end in a terrible deluge, and I might save you, or I might not. In the meanwhile, do this and this and this, and then we’ll see what happens, but I’m not making any guarantees.” Such statements hardly come with the kind of assurance and promise found in the word covenant itself.