Read 2 Peter 1:16-18. What other evidence does Peter say he has for his faith in Jesus?

Besides the prophetic word, Peter was an eyewitness to many of the things that he preached about. Christianity, he said, is not founded on “cunningly devised fables” (2 Pet. 1:16, NKJV), but on real events that happened in history-events that he himself had witnessed. 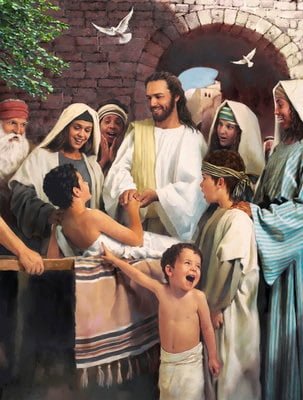 In the Gospels, Peter was there for many of the pivotal events in the life and ministry of Jesus. He was there for the preaching, the teaching, and the miracles. From the early miracle of the fish (Luke 5:4-6) to seeing Jesus in Galilee after His resurrection (John 21:15), Peter was an eyewitness to so much of what happened.

In 2 Peter 1:17-18, what event did Peter especially focus on regarding what he had personally seen? What was the special significance of that event?

Peter highlights one specific eyewitness event: the transfiguration of Jesus. Jesus had taken Peter, James, and John with Him to the top of a mountain in order to pray (Luke 9:28). While there with them He became transformed before their eyes. His face shone, and His clothes became dazzling white (Matt. 17:2, Luke 9:29). He was joined by Moses and Elijah, and a voice from heaven said, “This is My beloved Son, in whom I am well pleased” (Matt. 17:5, NKJV).

Peter had seen a lot in his time with Jesus; yet, this incident stands out. It reveals Jesus to be the Son of God, that His time on earth was spent according to God’s plan, and that He had a very special relationship with the Father. Even with all that Peter had seen or would see, this event-which included “this voice which came from heaven” (2 Pet. 1:18)-was the one that he focused on in this letter.