As soon as Esau learns that Jacob has received his father’s blessing, he understands that he has been deceived and supplanted by his brother (Genesis 27:36), and he wants to kill him (Genesis 27:42). Rebekah is worried and wants to prevent this crime that would be fatal for both sons (Genesis 27:45). So, with the support of Isaac (Genesis 28:5), she urges Jacob to flee to her family (Genesis 27:43). On his way to exile, Jacob encounters God in a dream at a place that he will call Bethel, “the house of God,” and there will make a vow. 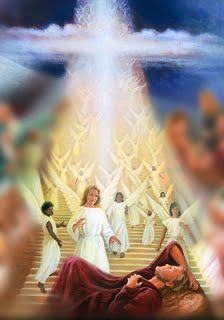 Read Genesis 28:10-22. Compare with Genesis 11:1-9. How is Bethel different from Babel? What lesson can we learn about our relationship with God from Jacob’s experience at Bethel versus what happened at Babel?

As for the “stone” on which Jacob has put his head and had his dream, it becomes the symbol of beth-El, “the house of God” (Genesis 28:17; compare with Genesis 28:22), which points to the temple, the sanctuary, the center of God’s saving activity for humanity.

Yet, Jacob does not limit to the spiritual and the mystical his expression of worship and sense of awe concerning what had happened to him. That is, he wanted to respond in concrete, outward terms. Thus, Jacob decides to “give a tenth” to God, not in order to obtain God’s blessing but as a grateful response to God’s gift, which has already been given to him. Here again we see the idea of tithe long before the rise of the nation of Israel.