Read Genesis 42:1-38. What happened here, and how does it reveal the providence of God, even despite human evil and malfeasance?

The famine obliges Jacob to send his sons to Egypt to buy grain. Ironically, it is Jacob who initiates the project (Genesis 42:1). The unfortunate old man, a victim of circumstances beyond his control, unknowingly sets in motion an amazing chain of events that will lead to him being reunited with the son for whom he had mourned so long. 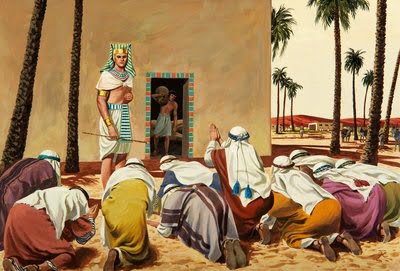 The providential nature of this meeting is highlighted through two fundamental characters. First, it is seen as a fulfillment of Joseph’s dreams. The event — predicted in Joseph’s prophetic dreams: “your sheaves … bowed down to my sheaf” (Genesis 37:7, NKJV) — is now taking place. Joseph is identified as the “governor over the land” (Genesis 42:6) and “the lord of the land” (Genesis 42:30, Genesis 42:33). Joseph’s powerful position contrasts with that of his needy brothers, who “bowed down before him with their faces to the earth” (Genesis 42:6, NKJV) — the same 10 brothers who mocked Joseph about his dream and doubted its fulfillment (Genesis 37:8).

Second, this providential meeting is described as a response. The linguistic and thematic echoes between the two events underline the character of just retribution. The phrase “they said to one another” (Genesis 42:21, NKJV) was also used when they began to plot against Joseph (Genesis 37:19). The brothers’ sojourn in prison (Genesis 42:17) echoes Joseph’s sojourn in prison (Genesis 40:3-4). In fact, Joseph’s brothers relate what is currently happening to them to what they did to their brother perhaps 20 years ago. “Then they said to one another, ‘We are truly guilty concerning our brother, for we saw the anguish of his soul when he pleaded with us, and we would not hear; therefore this distress has come upon us’” (Genesis 42:21, NKJV).

Reuben’s words, “his blood is now required of us” (Genesis 42:22, NKJV), which echo his past warning to “shed no blood” (Genesis 37:22, NKJV), reinforce the link between what they were now facing and what they had done.