Read Revelation 1:10 along with Exodus 31:13, Isaiah 58:13, and Matthew 12:8. According to these texts, what day is clearly specified in the Bible as the Lord’s? How meaningful must this day have been for John in the midst of his hardships? 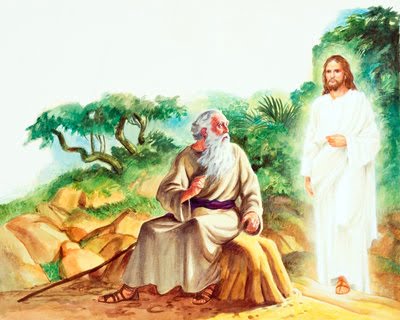 “It was on the Sabbath that the Lord of glory appeared to the exiled apostle. The Sabbath was as sacredly observed by John on Patmos as when he was preaching to the people in the towns and cities of Judea. He claimed as his own the precious promises that had been given regarding that day”. – Ellen G. White, The Acts of the Apostles, p. 581.

Revelation 1:10 clearly suggests that the apostle John received the vision on the seventh-day Sabbath. Although looking with anticipation toward future events, even to the second coming of Christ (compare with Rev. 1:7), which is called “the day of the LORD” (Isa. 13:6-13; 2 Pet. 3:10), John was talking about the time at which he, himself, had the vision of these future events, and that was on the Sabbath, the “Lord’s day”.

No question that amid his sufferings this vision-filled Sabbath must have become to him a foretaste of a life free from suffering, which he and the faithful of all ages will experience after the Second Coming. Indeed, in Jewish thinking the Sabbath is deemed as a foretaste of the olam haba, “the world to come”.

“The Sabbath, which God had instituted in Eden, was … precious to John on the lonely isle …

What a Sabbath was that to the lonely exile, always precious in the sight of Christ, but now more than ever exalted! Never had he learned so much of Jesus. Never had he heard such exalted truth”. – Ellen G. White Comments, The SDA Bible Commentary, vol. 7, p. 955.