Though Paul’s epistles generally follow the basic format of ancient letters, Galatians contains a number of unique features not found in Paul’s other epistles. When recognized, these differences can help us better understand the situation Paul was addressing. 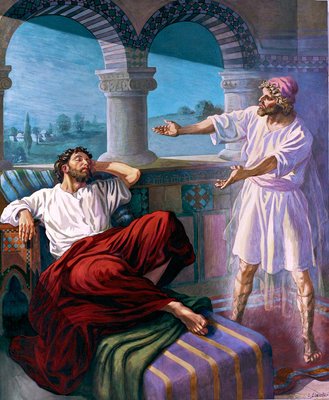 Paul’s opening salutation in Galatians is not only a bit longer than in his others, but he goes out of his way to describe the basis of his apostolic authority. Literally, the word apostle means “someone who is sent” or “a messenger.” In the New Testament, in the strictest sense, it refers to the original twelve followers of Jesus and others whom Christ sent to tell people about Him (Gal. 1:19, 1 Cor. 15:7). Paul declares that he belongs to this select group.

The fact that Paul so strongly denies that his apostleship rests on any human being suggests that there was an attempt by some in Galatia to undermine his apostolic authority. Why? As we have seen, some in the church were not happy with Paul’s message that salvation was based on faith in Christ alone and not on works of the law. They felt that Paul’s gospel was undermining obedience. These troublemakers were subtle. They knew that the foundation of Paul’s gospel message was directly tied to the source of his apostolic authority (John 3:34), and they determined to launch a powerful attack against that authority.

Yet, they did not directly deny Paul’s apostleship; they merely argued that it was not really too significant. They likely claimed that Paul was not one of Jesus’ original followers; his authority, therefore, was not from God but from humans — perhaps from the church leaders from Antioch who commissioned Paul and Barnabas as missionaries (Acts 13:1-3). Or, perhaps, it came only from Ananias, who baptized Paul in the first place (Acts 9:10-18). Paul, in their opinion, was simply a messenger from Antioch or Damascus — nothing more! Consequently, they argued that his message was merely his own opinion, not the Word of God.

Paul recognized the danger these allegations posed, and so he immediately defends his God-given apostleship.