↓
Home→Daily→Monday: Prophecies of Syria and Egypt

Upon the death of Alexander the Great, the vast Greek empire was divided among his four generals. Two of them — Seleucus in Syria (North) and Ptolemy in Egypt (South) — managed to establish dynasties that would fight each other for control of the land. 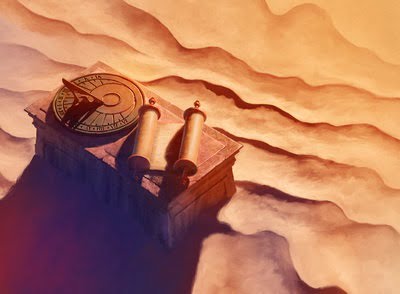 Most Bible students understand the wars between the king of the North and the king of the South prophesied in Daniel 11:5-14 as referring to the many battles involving these two dynasties. According to the prophecy, an attempt would be made to unite these two dynasties by marriage, but that alliance would be short lived (Dan. 11:6). Historical sources inform us that Antiochus II Theos (261-246 B.C.) grandson of Seleucus I, married Berenice, a daughter of the Egyptian king, Ptolemy II Philadelphus. However, that agreement did not last, and the conflict that directly involved the people of God soon resumed. Thus, Daniel 11 deals with some important events that will touch the lives of God’s people during the centuries after the prophet Daniel passes from the scene.

Again, we can ask the question of why the Lord reveals ahead of time all these details about wars involving kingdoms fighting each other for supremacy in that part of the world. The reason is simple: these wars affect God’s people. So the Lord announces beforehand the many challenges His people will face in the years to come. Also, God is the Lord of history, and as we compare the prophetic record with the historical events, we can again see that the prophetic word is fulfilled as predicted. The God who predicts the vicissitudes of those Hellenistic kingdoms fighting each other is the God who knows the future. He is worthy of our trust and faith. This is a big God, not an idol manufactured by human imagination. He not only directs the course of historical events, but He can also direct our lives if we allow Him to do so.