↓
Home » Monday: The Temptation of Egypt

Read Genesis 12:10-20. Why did Abram leave the Promised Land to go to Egypt? How did the pharaoh behave in comparison to Abram?

Ironically, Abram, who had just arrived in the Promised Land, decides to leave it for Egypt because “there was a famine in the land” (Genesis 12:10, NKJV). Evidence of people from Canaan going into Egypt in times of famine is well attested in ancient Egyptian texts. In the Egyptian teaching of Merikare, a text composed during the period of the Middle Kingdom (2060-1700 B.C.), people coming from Canaan are identified as “miserable Asiatic” (aamu) and described as “wretched … short of water … he does not dwell on one place, food propels his legs.” — Miriam Lichtheim, Ancient Egyptian Literature, Volume I: The Old and Middle Kingdoms (Berkeley, CA: University of California Press, 1973), Pages 103, 104. 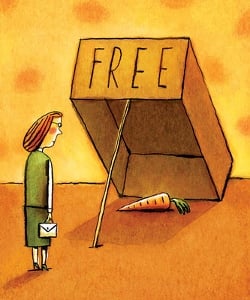 The temptation of Egypt was often a problem for the ancient Israelites (Numbers 14:3, Jeremiah 2:18). Egypt, thus, became a symbol of humans trusting in humans rather than in God (2 Kings 18:21; Isaiah 36:6, Isaiah 36:9). In Egypt, where water could be seen on a daily basis, faith was not necessary, for the promise of the land was immediately visible. Compared to the land of famine, Egypt sounded like a good place to be, despite what God had said to him.

The Abram who now leaves Canaan contrasts with the Abram who left Ur. Before, Abram was portrayed as a man of faith who left Ur in response to God’s call; now, Abram leaves the Promised Land by himself, of his own volition. Before, Abram relied on God; now he behaves like a manipulative and unethical politician who counts only on himself. “During his stay in Egypt, Abraham gave evidence that he was not free from human weakness and imperfection. In concealing the fact that Sarah was his wife, he betrayed a distrust of the divine care, a lack of that lofty faith and courage so often and nobly exemplified in his life.” — Ellen G. White, Patriarchs and Prophets, p. 130.

What we see here, then, is how even a great man of God can make a mistake and yet not be forsaken by God. When the New Testament talks about Abraham as an example of salvation by grace, it means just that — grace. Because, if it weren’t by grace, Abraham, like all of us, would have had no hope.