In the fourteen verses that run from 1 Thessalonians 2:17 through 3:10, Paul offers a chronological account of his separation from the Thessalonian believers. The theme of friendship runs throughout the passage. These Thessalonians are not just parishioners of Paul; they are truly friends. The entire passage pulses with deep emotion. 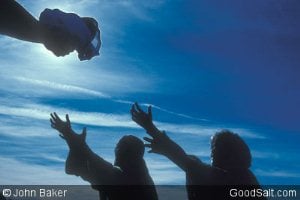 Paul wants all of his later advice to, and criticism of, the church (in 1 Thessalonians 4 and 5) to be read in light of his love and concern for them. And because of this love, he has earned the right to counsel the church there. The giving of advice is best received when it is grounded in love.

Read 1 Thessalonians 2:17-20. What is Paul saying here that’s so relevant to us today?

The main verb of verse 17 (usually translated as “being taken” or “torn away”) is rooted in the concept of being orphaned. When Paul is forced to leave Thessalonica suddenly, he feels the loss of relationship as deeply as if his parents had just died. He wants very much to visit them because he misses them dearly. They are absent in person but not in heart. He blames this delay on Satan, his words here being another text in the Bible that shows the reality of the great controversy.

Paul’s longing for the Thessalonian believers, however, is rooted in more than just everyday relationship; it has an end-time focus. Paul looks forward to “showing them off” to Jesus after the Second Coming. They are the validation of his ministry for Christ, his eschatological joy and boast! Paul wants there to be evidence at the end that his life has made a difference in the lives of others.

What this passage should show us, too, is that we need to keep our priorities straight. Our existence here is but a “vapor”(James 4:14, NKJV), yet it is vapor with eternal consequences. Paul’s focus, Paul’s priority, is on what is eternal, on what has lasting value and importance. After all, if you really think about the ultimate fate of this world, what else really matters other than the salvation of the lost?

How should all that we do in this life impact, to one degree or another, the salvation of the lost? However nice it is to talk about this ideal, how do we live in accordance with this objective?