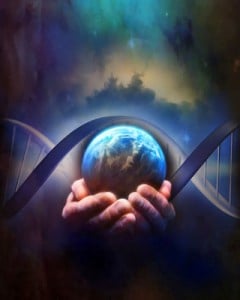 Do you remember that old circus trick? The performer would have about five sticks standing up straight and he’d put a plate on the end of each of the sticks and start it spinning so that the centrifugal force would hold the plate up and on the end of the stick. As long as the plate kept spinning at a reasonable speed, the plate stayed up, but if it slowed down too much, it would fall off the stick and break on the floor. Keeping on plate spinning at that minimum speed was no “problem. Even two wasn’t too hard, but by the time the performer had four or five plates all spinning at the same time, it had become a real challenge. The performer had to hurry back and forth between all the plates making sure they kept spinning fast enough to keep them on the stick. The performer had to be in constant motion or his whole act would fall apart.

Playing a simulation game on the computer feels like very much the same principle. In a simulation (sim) game, the object is to build or create a specific community or civilization. There are sims for zoos, amusement parks, cities, high rise buildings, families, whole worlds – anything you could possibly be interesting in. Setting up your simulation is relatively easy, but pretty soon you’re getting notices from the game that you need more access to water for the plants in the north of your sim to survive while too many squirrels are causing tree damage in the east. Meanwhile, you have to maintain a certain amount of attention on the beings of your sim to make sure they remain ‘happy’ – That’s sim code for alive and well.

You’ll probably be able to maintain things for a while, but then, something out of the ordinary will demand all of you attention for a few extra seconds and your sim world is overwhelmed by entropy and falls apart. Entropy is what will finally get the spinning plates too. The performer will eventually have too many plates spinning and one will begin to slow down, wobble and fall to the ground.

When God created our world, it was perfect. There was no entropy to degenerate and weaken. When Adam and Eve sinned, though, everything began to die, slow down, and fall apart. It became God’s job, then, to keep it all going.

When you’re playing a sim game the whole operation becomes an exercise in maintenance. But in real life, God goes further than just maintenance to sustenance. What’s the difference, you ask? Let’s find out.

“sus•tain [suh-steyn] verb (used with object)
1. to support, hold, or bear up from below; bear the weight of, as a structure.
2. to bear (a burden, charge, etc.).
3. to undergo, experience, or suffer (injury, loss, etc.); endure without giving way or yielding.
4. to keep (a person, the mind, the spirits, etc.) from giving way, as under trial or affliction.
5. to keep up or keep going, as an action or process: to sustain a conversation.
6. to supply with food, drink, and other necessities of life.”2

In spinning plates or playing sim games we maintain the momentum, but we don’t sustain anything – non-living things really only need maintenance. On the other hand, God sustains every living thing on this planet while he also maintains all of the mechanical and physical properties of the universe.

There are those who believe that God created the universe and then sat back to watch what happened – that He’s no longer actively involved in what is going on with the universe, the planet or us. He’s just observing. That’s known as deism.

The problem with that theory, though, is that humans have proved, inadvertently, that that approach doesn’t work.

“Biosphere 2 was an attempt to set up an isolated living environment that would supply all the factors necessary for sustaining life. It was to be a self-contained microcosm of life on earth, containing soil, air, water, plants, and animals.
Biosphere 2 originally consisted of an air-tight enclosure covering 3.15 acres in Arizona. Despite an investment of about $200 million from 1984 to 1991, a multi-million dollar operating budget, almost unlimited technological support and heroic effort, it proved impossible to sustain eight human beings with adequate food, water, and air for two years.
“Just 1.3 years after enclosure in 1991, oxygen levels had fallen to the point that oxygen had to be added from the outside. Nineteen of twenty-five vertebrate species placed in the unit became extinct. All the species that could pollinate the plants became extinct, as did most insects. Water and air pollution became acute and temperature control was a problem.
“With all the intelligence put into the design of Biosphere 2, it couldn’t be made to work, yet the wonderfully integrated ecosystems of Earth supposedly just happened without intelligent design!”3

True, Biosphere 2 is a powerful argument for intelligent design, but I believe it’s an even stronger argument for a God who is not only the Creator, but also the Sustainer of live. It proves that we are dependent on God for our every breath and every heartbeat.

“If He should set His heart on it, if He should gather to Himself His Spirit and His breath, all flesh would perish together, and man would return to dust.” Job 34:14-15

I am so thankful that God holds each of us, and miraculously, all of us, in the palm of His mighty hand. He’s not some disinterested deity who watches the progress of His creation from a distance, but a God who is deeply interested and involved with every single one of us…to the extent that we allow Him access.

Let our constant prayer be that we invite Him into every part of our lives so that we will be sustained until He comes to take us home.