The believers in Acts were filled with power from on high. The Holy Spirit was poured out in a marked way. 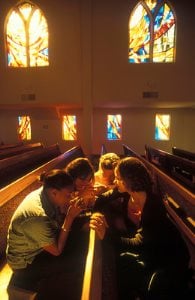 Hearts were touched, lives changed. The gospel penetrated the most difficult places, and thousands were converted. In Acts 2, three thousand were added to the church (Acts 2:41). Acts 4:4 records that the number of men alone who believed “was about five thousand.” Even many of the religious leaders, who opposed Jesus during His lifetime, became “obedient to the faith”(Acts 6:7). The story of this phenomenal growth continues in Acts 9, which said that churches throughout “all Judea, Galilee, and Samaria” were “multiplied” (Acts 9:31, NKJV). By Acts 10 to 12 the gospel spanned cultural and geographical boundaries. The Roman centurion and the treasurer of the queen of Ethiopia were baptized. Acts 1 says that about one hundred and twenty believers met in the upper room (Acts 1:13, 15). The best estimates are that by the end of the first century there were at least one million Christians in the Roman Empire. This is remarkable growth by any standard.

What was the secret?

Pastor R. A. Torrey was a powerful revival preacher in the late 19th and early 20th centuries. He conducted revival meetings in Great Britain from 1903-1905 and throughout North America in 1906 and 1907. Lamenting the busyness of Christians, he stated, “We are too busy to pray, and so we are too busy to have power. We have a great deal of activity, but we accomplish little; many services but few conversions, much machinery but few results.”

Are you too busy to pray? Who can’t relate to that? How can you slow down enough to take the time you need to pray? Think about all the excuses that you have to put it off, the reasons that you give to do other things. In the end, what is it that you are losing by not spending time in prayer?