↓
Home→Feature→The Sabbath and the Marriage Bed 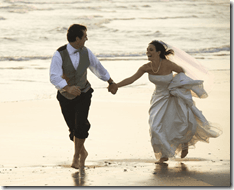 One of the most popular questions that is posed concerning Sabbath observance is whether or not it is proper for a husband and wife to engage in sexual relations during the Sabbath hours. This question was raised in response to a posting I made on the significance of the Sabbath.

Although the Bible doesn’t answer this question directly, it does provide some key guidelines and principles that can help each couple come to a mutually satisfaction resolution.

I have not been able to determine what day of the week that God came down to Mount Sinai, but the injunction that Moses placed upon the people to abstain from sexual activity as they awaited the appearance of God on the mountain was clearly a special and isolated event. Note that they had to prepare for God to come three (3) days hence, and that throughout the entire preparation time, they were to abstain. There is nothing to suggest that this is a precedent for how to keep the weekly Sabbath on a continuing basis, and if we were, that would rule out Thursday, Friday and the Sabbath. God’s visit to Mount Sinai was an  extraordinary event, and the things associated with it should be considered just as extraordinary.

The fact that only Exodus 19:15 contains a prohibition against sexual relations, when none of the many Sabbath commandments do, should be proof enough that the Mount Sinai event was very special one, and not a precedent for Sabbath keeping in general.

The phrase “doing your own pleasure” of Isaiah 58 would seem to be more applicable, but consider the context of the chapter. Nothing else in Isaiah 58 appears to be covering personal relationships in this fashion. Isaiah 58 is a call to God’s people, informing them that, while they are going through the motions of worship and religious experience, they are busy fighting, oppressing the poor and weak, and failing to provide for the needs of others. While there is nothing wrong with evaluating marital relations within the context of these two verses (Isaiah 58:13,14), it does not automatically flow from the context.

Furthermore, while sexual intercourse is intended to be pleasurable for each participant, the goal of each person should be to express love and give pleasure to one’s spouse. For Christians, it is not supposed to be about finding one’s own pleasure.

The Sanctity of the Marriage Bed

The Apostle Paul makes several references to marriage and the marital relations.  In Hebrews 13:4, he indicates that marriage and the marital bed are honorable.  In 1 Corinthians 7, which is a chapter with a lot of counsel pertaining to marriage and relationships, Paul recommends that a married couple should not abstain from intimacy with each other unless mutually agreed upon for some reason, such as prayer and fasting (v5). In Ephesians 5:21-33, Paul expounds on how we should treat one another, focusing primarily on the marital relationship. In verses 31 and 32, he even goes so far as to compare the joining together of a husband and wife, with the relationship between Christ and His bride, the church. The books of Isaiah and Revelation are replete with references to God and His people in a marital context, which is why Israel was said to have committed whoredom whenever they turned to worshiping idols.

When you consider the sacredness of the marriage institution as God gave it to Adam and Eve in the garden of Eden, and you add the fact that all throughout the Bible, this same level of intimacy between a man and his wife is compared to the relationship that God has with His people, it is hard to conclude that sexual intimacy during the Sabbath hours – particularly during the night-time of the Sabbath – is forbidden by Scripture.

There is nothing to suggest that there has ever been any injunction against it, and I personally have a hard time looking at Genesis 1:28 and coming to the conclusion that God told Adam and Eve to be fruitful, but didn’t explain exactly how to go about it until the first day of the next week.

In that vein, Christian couples should consider how special a gift it was that God gave to mankind, and engage in it in a way which reflects its precious and holy origins.

The Bible speaks extensively about sex and about the Sabbath, but never about the former being inappropriate during the latter. Now, if your options are choosing being sexual intimacy vs going to church during the morning hours of the Sabbath, I might have to question your priorities. But, as for the night time, there is no biblical prohibition.

Having said all that, please note that 1 Corinthians 7, Romans 12, and Ephesians 5 highlight a major principle that should govern this discussion:

Ephesians 5:21 KJV
(21)  Submitting yourselves one to another in the fear of God.

Romans 12:10 KJV
(10)  Be kindly affectioned one to another with brotherly love; in honour preferring one another;

We are to give preference to the needs and desires of our spouses over ourselves. This works best, of course, when both spouses are honoring and preferring one another, so that no one is being taken advantage of. Forcibly persuading or attempting to guilt spouses into doing something that they feel is wrong or inappropriate is completely unChristlike.

If your spouse feels very strongly that sexual intimacy on the Sabbath is not in line with Biblical principles, then all attempts to convince her that she is wrong – whether using the Bible or not – would be wrong.  And, you have to ask yourself just how effective it will be to bond with your spouse under those circumstances. This is equally true of a wife trying to convince a husband, lest anyone conclude that this is a one-sided issue.

If the sanctity of marriage were more universally appreciated, and the joy of the Sabbath were better understood, this issue might soon become far less of a contention among Christian couples.

Also see the Family Section in our SSNET store for related books.
(When you use our links, you pay nothing extra, and a small advertising fee is paid to Sabbath School Net.)