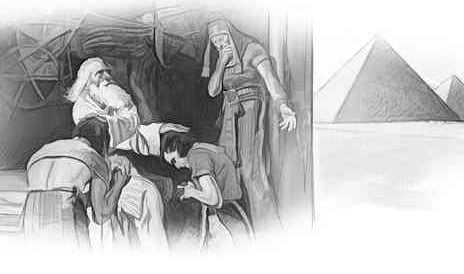 Memory Text: “So Israel dwelt in the land of Egypt, in the country of Goshen; and they had possessions there and grew and multiplied exceedingly” (Genesis 47:27, NKJV).

Genesis covers the last years of Jacob and Joseph together. We see Jacob (Israel) leave Canaan (Genesis chapter 46) in order to settle in Egypt (Genesis chapter 47), and there he will die (Genesis 49:29-50:21). And yet, even in this Egyptian setting, the prospect of the Promised Land still looms large in the background (Genesis 50:22-26).

The fact, however, that Israel “dwells” in exile, in Egypt as strangers, is in tension with the hope of the Promised Land. And though the book of Genesis itself ends with the children of Israel in Egypt, some of the last words of Joseph point to another place: “I am dying; but God will surely visit you, and bring you out of this land to the land of which He swore to Abraham, to Isaac, and to Jacob” (Genesis 50:24, NKJV).

Study this week’s lesson to prepare for Sabbath, June 25.